Some Thoughts On Memorial Day 2016.

Surely most every Londoner and Parisian is proud of his or her country.  Seldom though is a country that has given and sacrificed so much to the world been maligned and reviled as much as the United States of America, the country that I call home.


Criticize our mistakes, but never forget the blood we've sacrificed to the freedom that we and many other nations enjoy today.  People die everyday trying to reach the United States.  Some walk across the desert, others sail in flimsy rafts over shark infested waters.  Many cross our borders in dark trailers, most without ventilation or sanitation, food or water.  People from around the world will do nearly anything that is legal or illegal to reach our borders and live in these United States.  And somehow we find a place for them and accord them the same rights that we as citizens born to this republic enjoy. 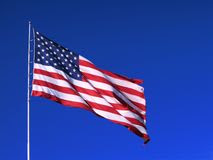 Our loyalty is to an idea and not a person.

Why do they come?  Because they want to enjoy the freedom, the right to self-determination and the opportunities to which we were born.  Things we take for granted.

We are a nation with a big heart and broad shoulders, willing to carry the burden that others cannot bear alone. The United States is a nation of great wealth and resources, some of which we have squandered or given away.  Chief among these are the men and women, more than a million in number, who have fought and died for the idea that is the United States.  We all know that in battle, idealism is a casualty.  A soldier fights for his life and the life of his buddies on either side of him, in the hope that all of them might live to go home.  But in the end it is the ideal, the principle of freedom and not the spoils that send us into conflict.

Enormous problems plague us: the economy, race relations, endless war, an unsettled political climate, a crumbling infrastructure and the exponential growth of our national debt.  Let's not forget terrorism and the criminally insane radical Muslims from outside as well as inside our country who would kill every one of us, even women and children, and then dance happily in celebration.

I want to remind Mr. Trump and Mrs. Clinton that they need not "make America great again," The United States is great and will remain great because of its people.  Government simply needs to get out of the way, do the job for which it was intended and stop encroaching on our public and private lives.

This morning as I finished taking care of my horses, Callie and Stormy, a pair of F-16 fighter jets banked in a lazy arc right above my head.  Silly me, I raised my hand to wave at them as if they might see me and waggle their wings in recognition.  But as they sped off to the northeast in tandem, I couldn't help but think that those two faceless men or women would kill or be killed for me.  That is a powerful thing to contemplate, that their devotion to duty and our national ideals would drive them to pay the ultimate price for a little guy tending his horses in a pasture beneath their wings.  And they would do it without question.

Neither my mother or father served in World War II, but they held defense critical jobs.  My mother worked at Peters Cartridge in Kings Mills, Ohio ( today the home of Kings Island Amusement Park) and my dad at Fox Paper, where paper insulation used to ship explosives shells was made.  My father-in-law was a combat soldier, wounded in France.  My grandfather, who left Kentucky at the tender age of 15 in 1918 to join the Army, worked for the King Powder Company (also in Kings Mills, Ohio ) where explosives were made.  Those who stayed at home and those fought should be remembered as heroes, because they were.

There are three songs that can move most Americans to tears, our National Anthem, The Star Spangled Banner (though it is impossible to sing), and

O beautiful for spacious skies,
For amber waves of grain,
For purple mountains majesties
Above the fruited plain!
America! America!
God shed his grace on thee
And crown thy good with brotherhood
From sea to shining sea.

God Bless the U.S.A.
by Lee Greenwood
(chorus)
And I'm proud to be an American
Where at least I know I'm free
And I won't forget the men who died
Who gave that right to me.
And I'd gladly stand up next to you
And defend Her still today
'Cause there ain't no doubt
I love this land
God Bless the U.S.A. 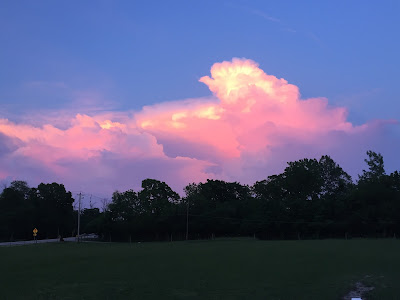 My wife and I watched the lightening flicker just above the treetops in the eastern sky and marveled at the beauty of this warm spring evening.  And I couldn't help but think about the dream that is the America and what it has meant to me. To all of us.