Sometimes You Just Have To Take A Moment

My wife says that snow is one of God's greatest miracles.  I tell her that she feels that way because she doesn't have to shovel it.

Monday morning saw our first snow of the year, five inches of new, pristine snow, blessing us with a surreal world, quiet except for the sound of wet snowflakes.  Tuesday's forecast sounded pretty threatening, but I determined to deal with Tuesday on Tuesday.

Because it was raining we put the horses in their stalls early on Sunday evening, so by the time I got to our stable on Monday they were excited and very, very hungry. I guess so, because they had been stalled for about sixteen hours, And for horses that are on pasture twelve to fifteen hours a day, that's a long, hungry time.  I said good morning to them and while I swept snow from in front of the stall gates they fretted, grunted, nipped at one another and kicked the sides of their stalls and generally acted like the spoiled children they are.

Soon enough I opened their gates and out they came in a rush, brushing past as though I weren't there. Free at last, by golly, free at last.  And look at all this snow! 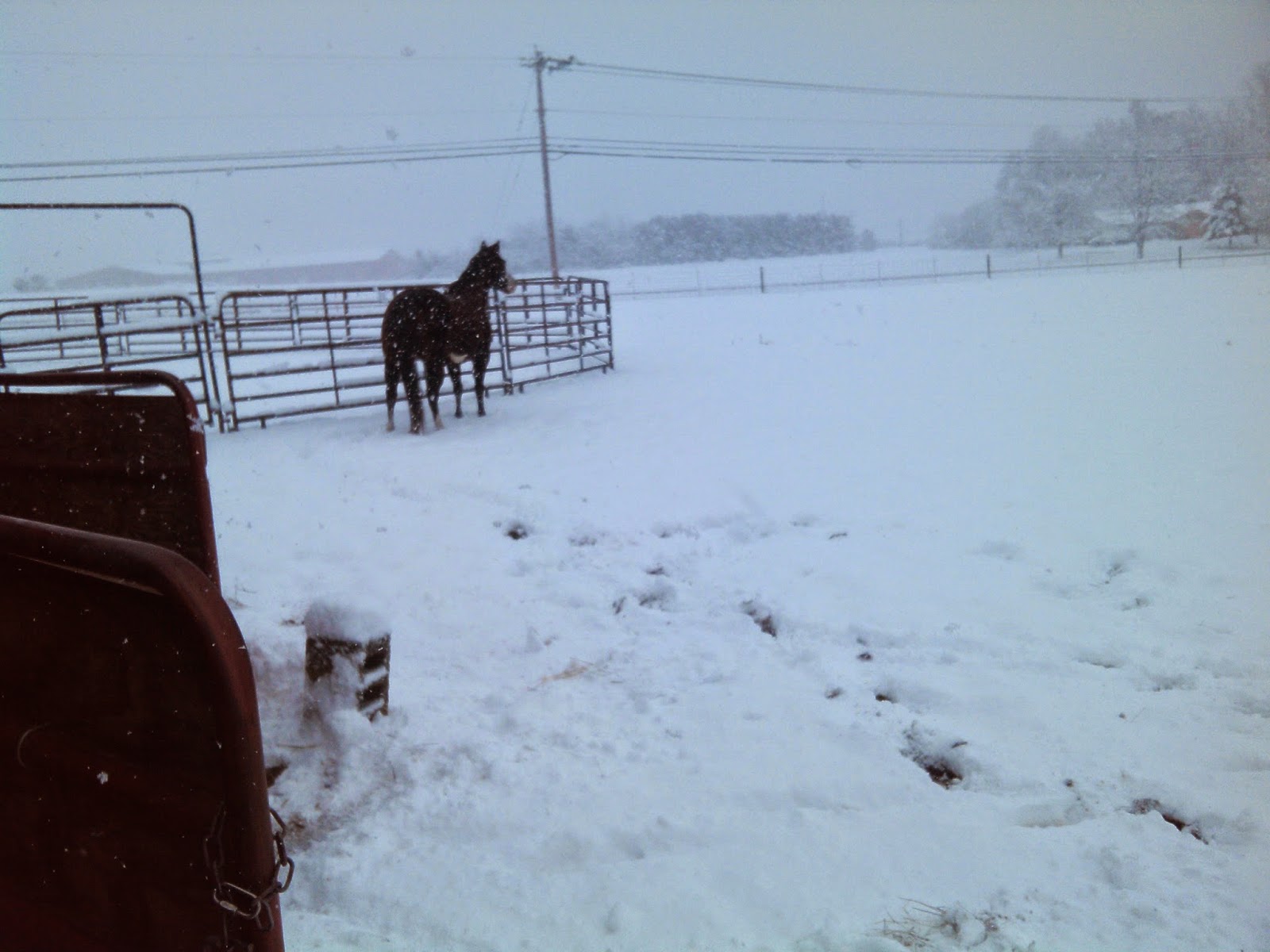 10 a.m. not quite a whiteout, but close.  Callie sizing up the situation. 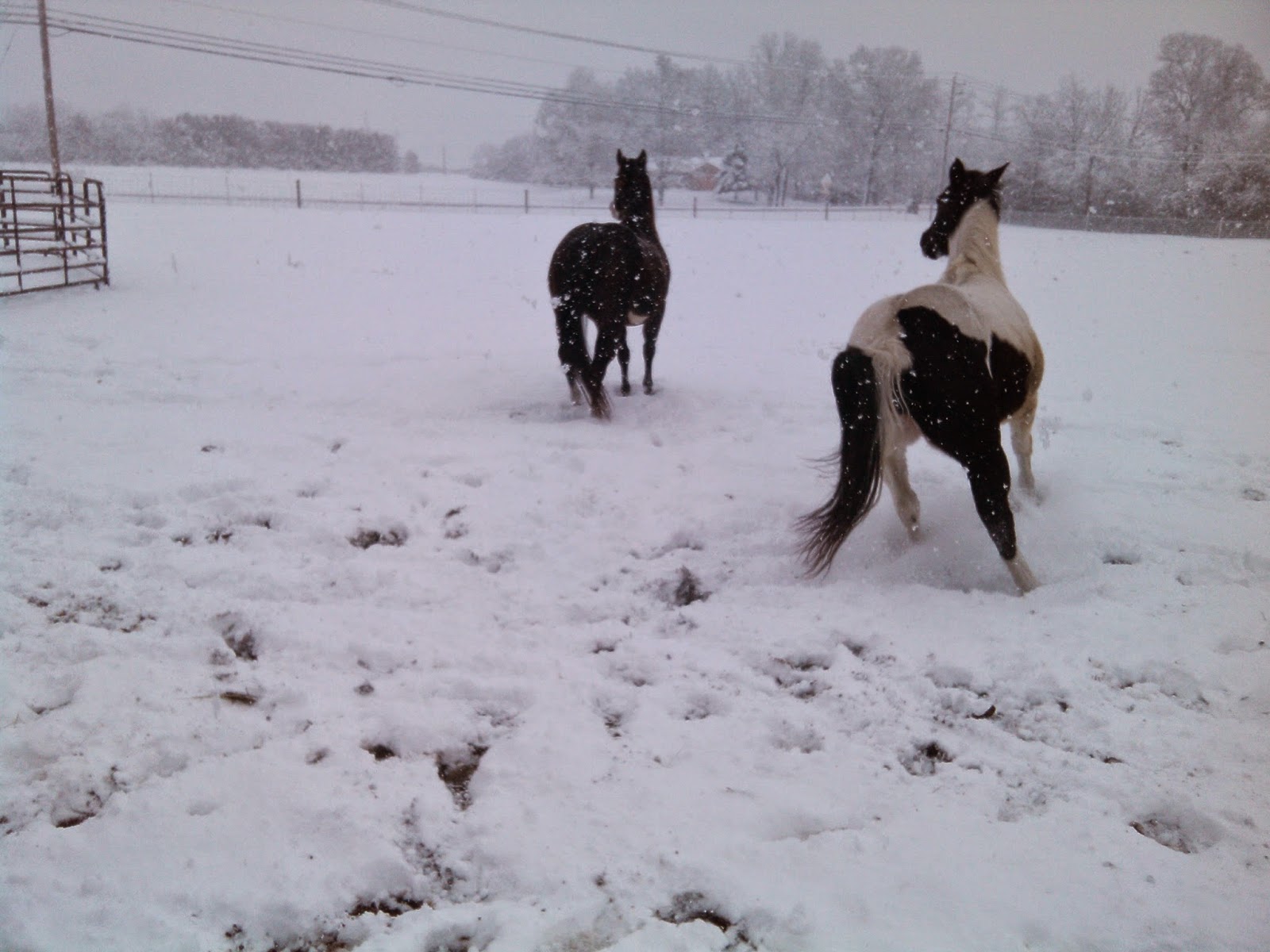 The rodeo about to begin. 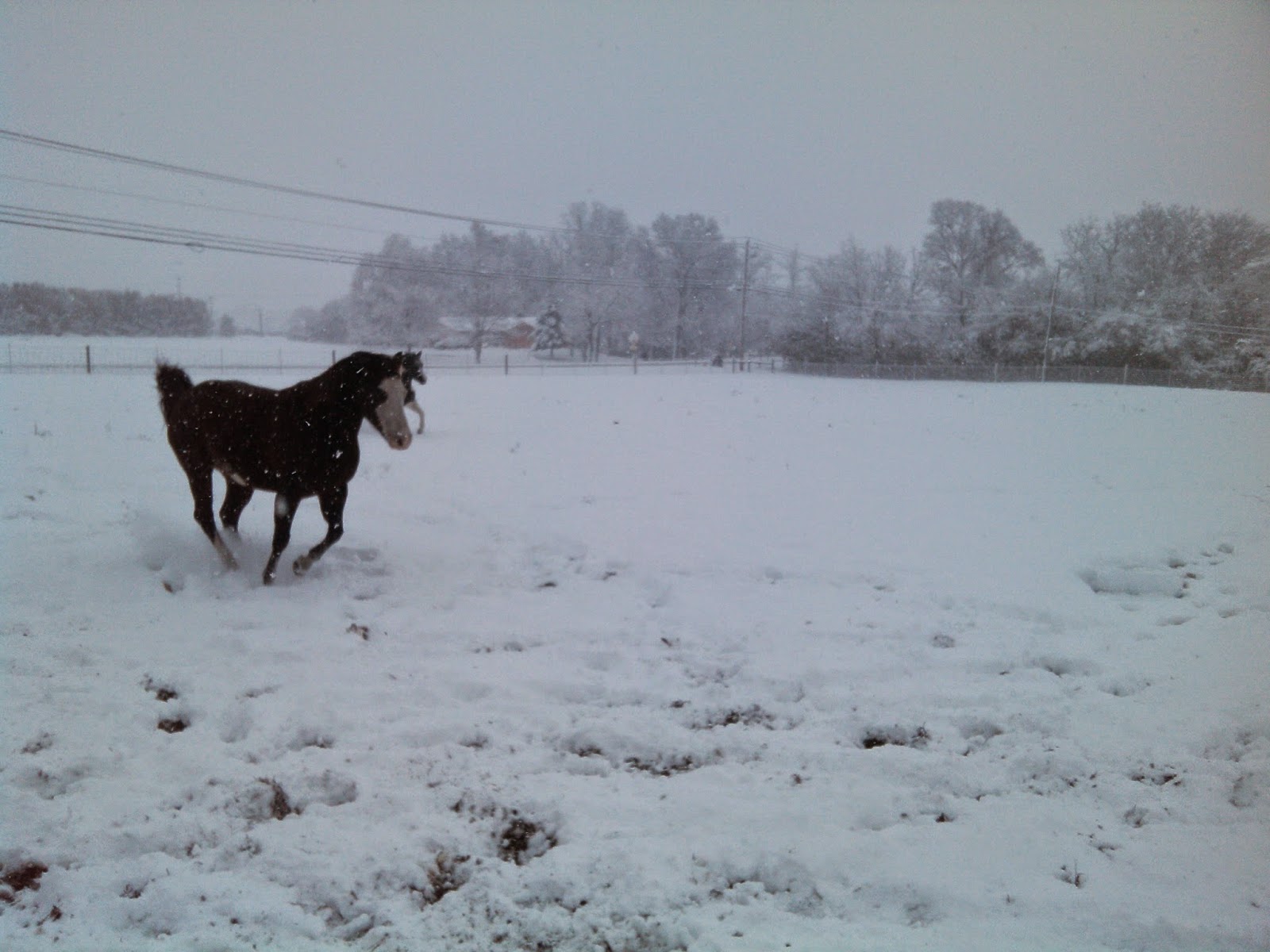 Callie, not flat out but close. 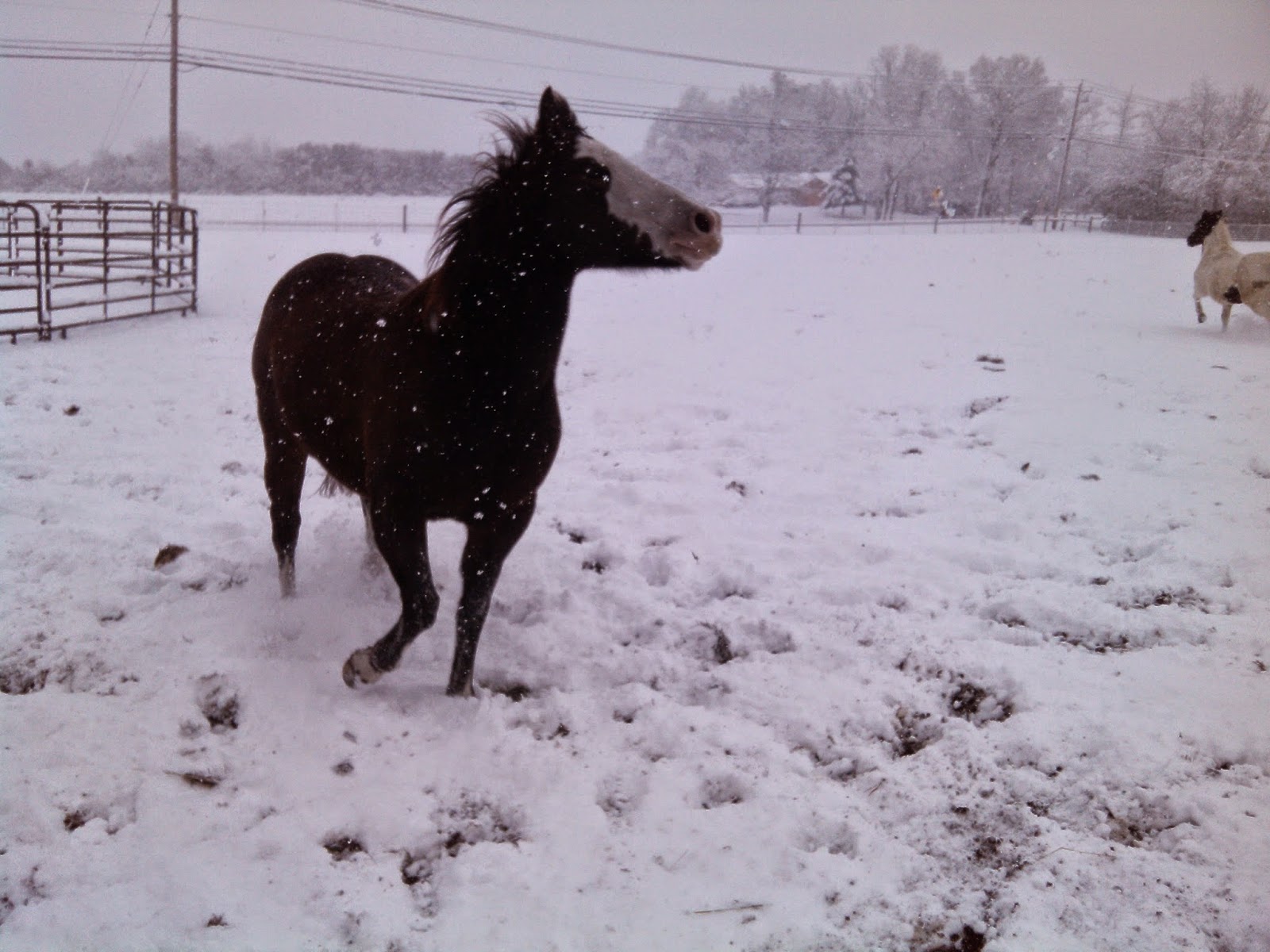 I missed the bucking but still got the head tossing. 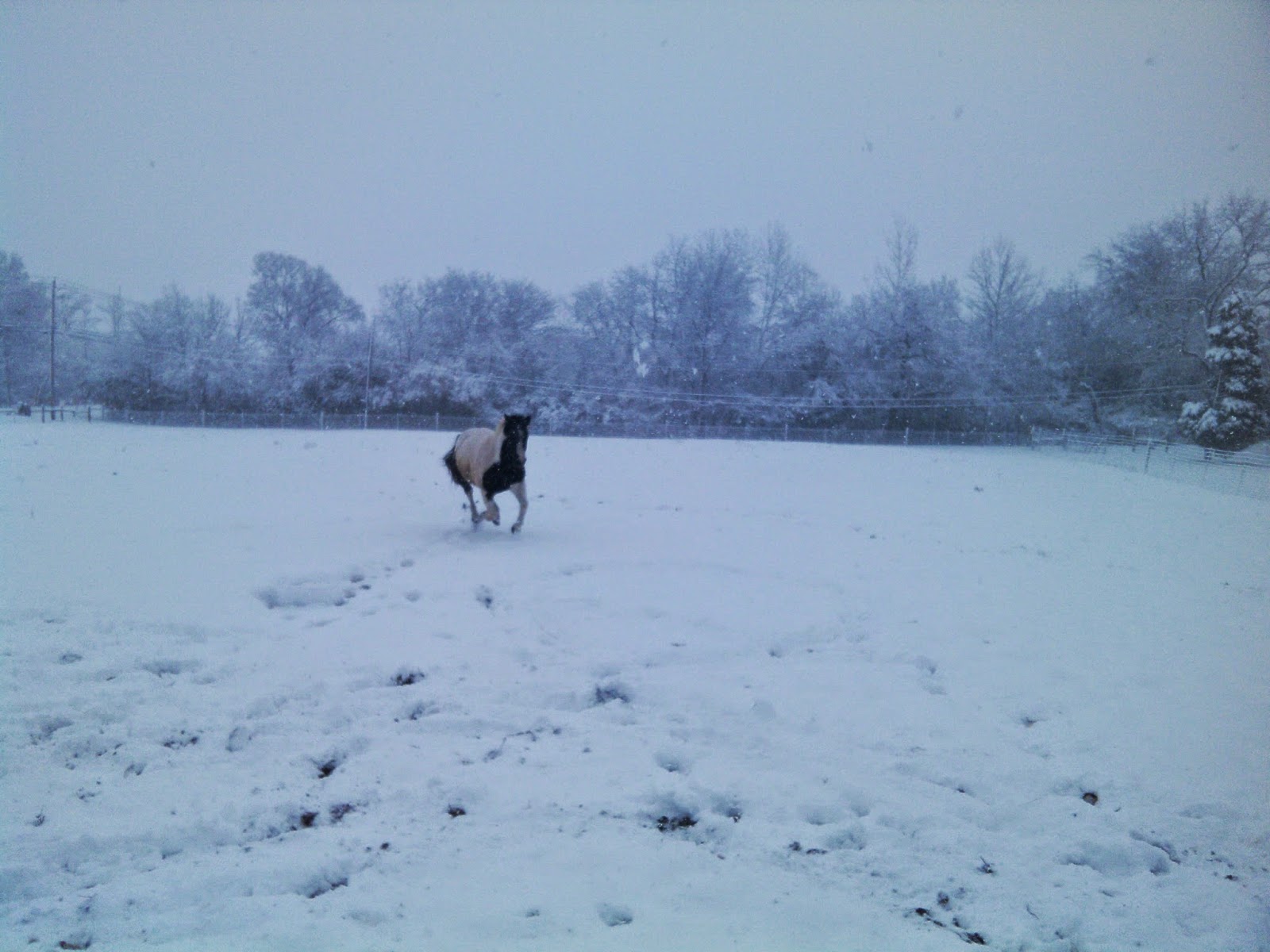 Stormy, tireless and fast.  I think all four feet are off the ground in this photo. 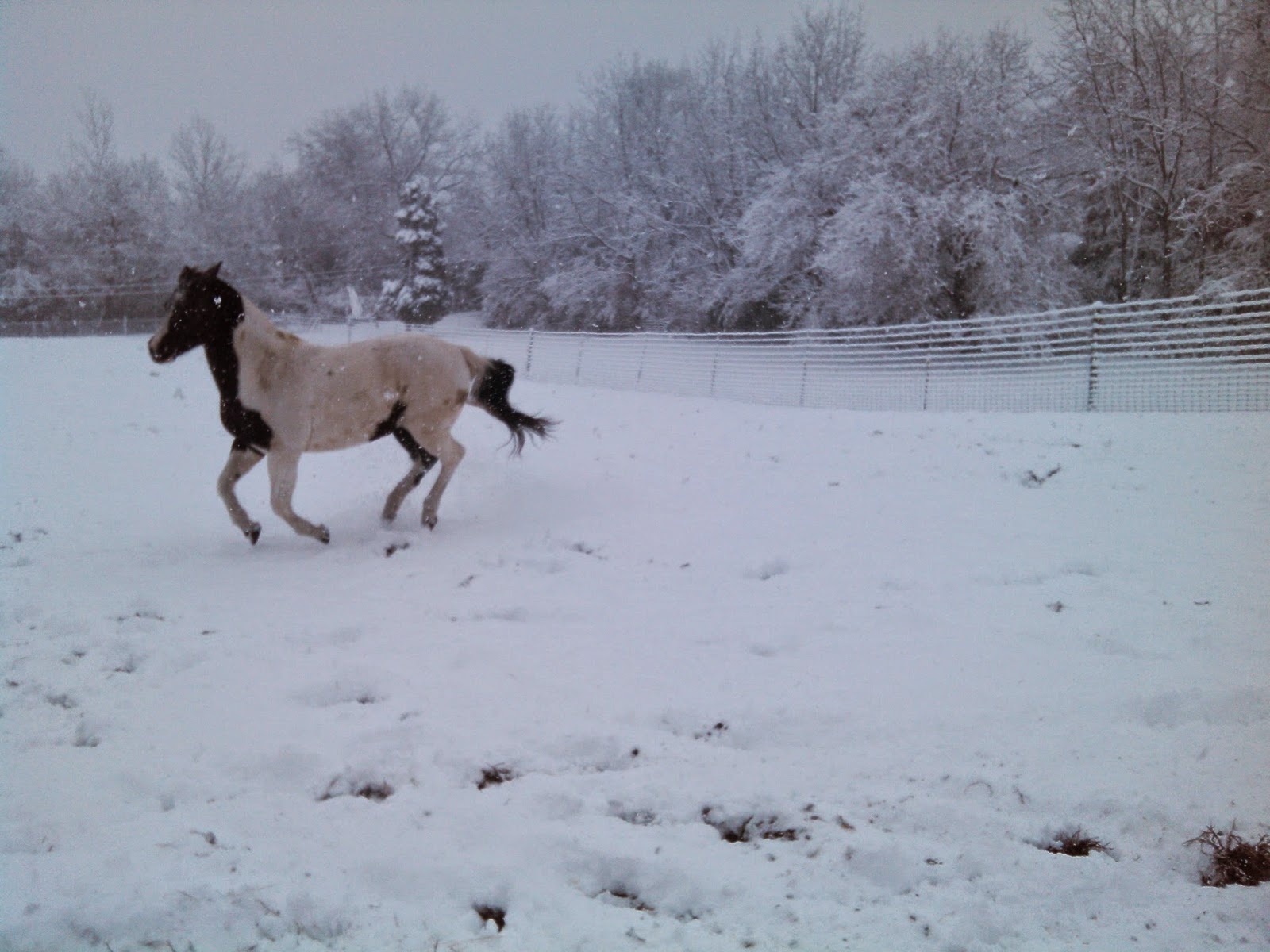 Stormy on her right lead.  I have no idea how many laps of the pasture she may have made. 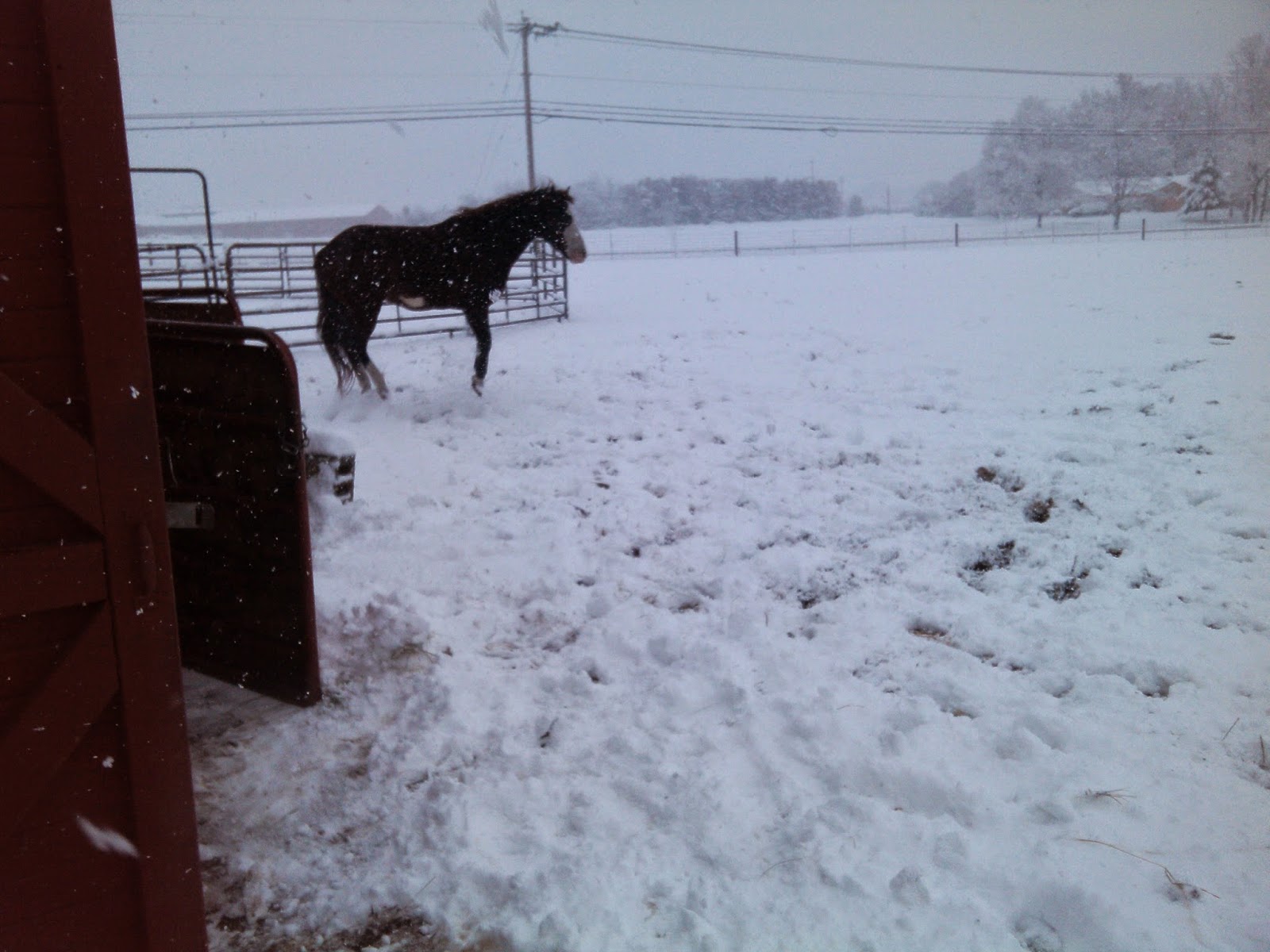 The shutter was too slow, but I did get Callie with her front feet off the ground.
Shortly after this was taken and along the round-pen fence, she cut too sharply, lost her footing and
fell.  She cuts with such power that sometimes her feet are left behind, 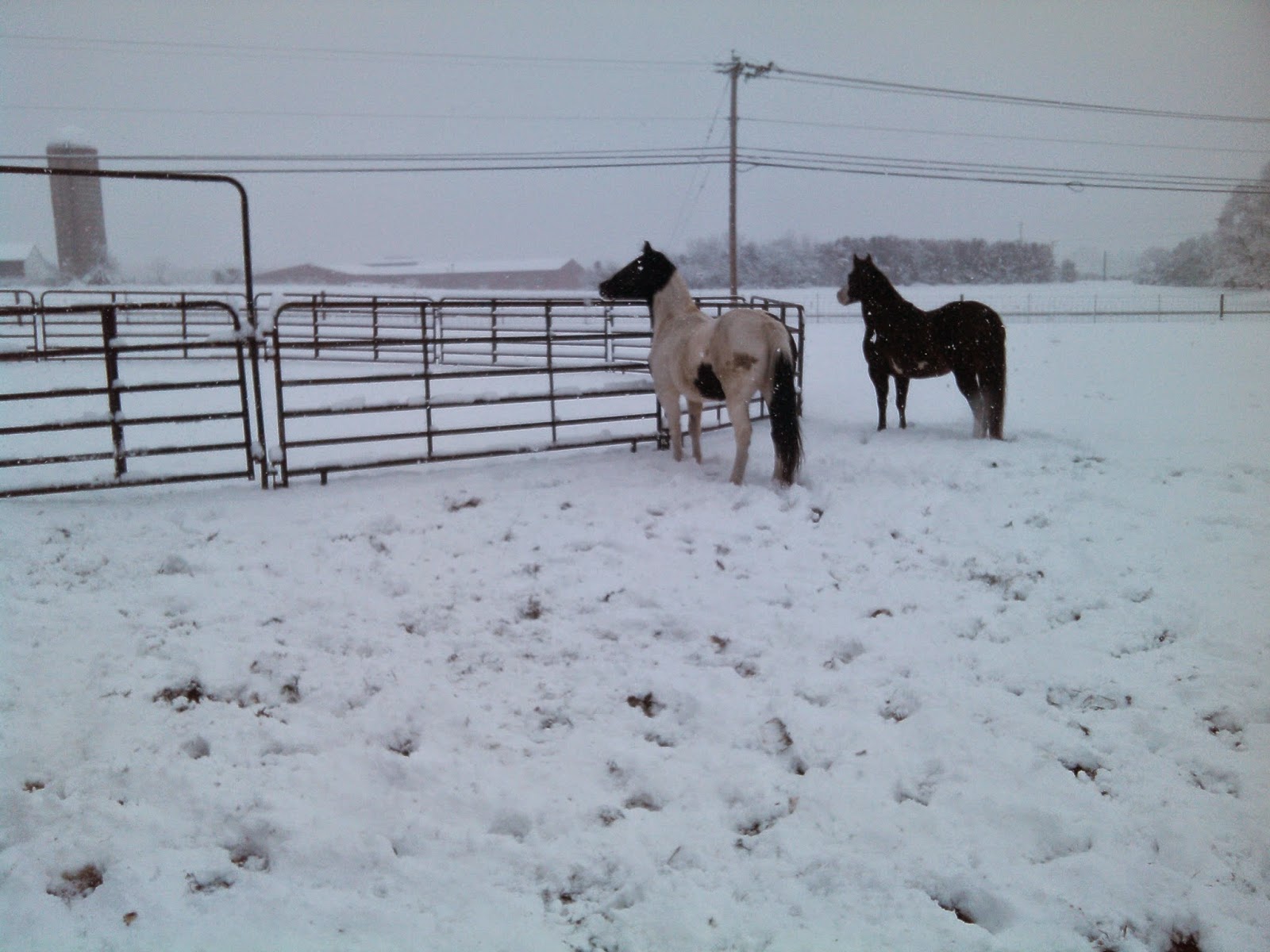 Stormy and Callie have spied the two Belgian draft horses across the road,
so some of their shenanigans may have been an effort to impress the male.
The two Belgians remained impassive and clearly unimpressed.


So, in celebration of a new day and the joy it gave me to watch Stormy and Callie play like little children in the snow, I offer this bit of doggerel:

Untitled (And It Should Remain So)

Whilst I was sleeping, and much to my surprise,
five inches of white stuff fell from the skies.

Releasing the beasts seemed the right thing to do.
while they frolicked and gamboled, I cleaned up their poo.

So if you're here in southern Ohio when rain turns to snow,
take a moment to lean on your shovel and just enjoy the show,