...step off the sidewalk.

"For the record, we were NOT lost-not after we figured out we'd dropped two miles and 1,500 vertical feet in the wrong direction in a near-whiteout."   Just a postcard from the edge. 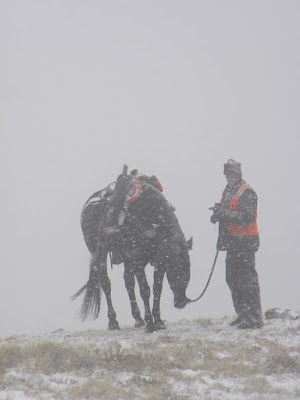 To be honest, I really don't know Steve Woodruff well.  He is the friend of a friend.  What I know of him comes from our brief and infrequent digital correspondence and his photographs.  But we do share a love of horses and the outdoor life.  And for me, that's enough.

Montana is fly-over country.  It is the hyphen that connects the urban centers of the east and west coasts.  The graceful neck around which hang the pearls.  There are just over a million people living in Montana.  Compare that with Ohio, where I live, and its population of nearly twelve million souls.  There are few homesteads, outposts in a sea of grass, and fewer cars.  The wind gathers up what is not secured and pushes it for mile upon mile until a taut fence line catches up what it can. Tumbleweed, just Russian Thistle really, torn from the thin soil rushes about madly just ahead of the wind.  And there is water, cold water and cutthroat trout, elk and deer, the larder of past times.  Foxes raise their generations, while buzzards make death pristine and hawks deal with the problem of over population.  There is still more in the jagged granite peaks, creeks that tumble white over their rocky paths, and rolling meadows of purple and yellow blooms rife with long grass,sweet and green.

Steve, you see, is not afraid to step off the sidewalk, to peer through the hedges, to look up and down country.  He fishes for trout in cold fast running streams and scours the tussocks for pheasant along with his two yellow labs, and rides his good horse Ranger along narrow paths into a wider, wilder world.

There is an intimacy and warmth in Steve's photographs.  However, in many of the photographs, survival and not the animal is the real subject. No matter the animal and no matter its size, all of them face deep snow, brutal cold and solitary searches for food that never end.  For the most part, leisure and a full stomach are unknown in the animal world.

Steve has graciously allowed me to use his photographs.  I hope you enjoy them as much as I have. 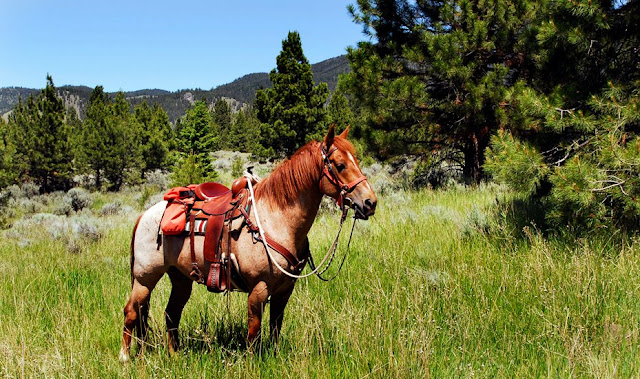 Ranger in a sea of grass.  Notice his muscle mass. Zimba's Partial Eclipse
My favorite of all the horse photos. 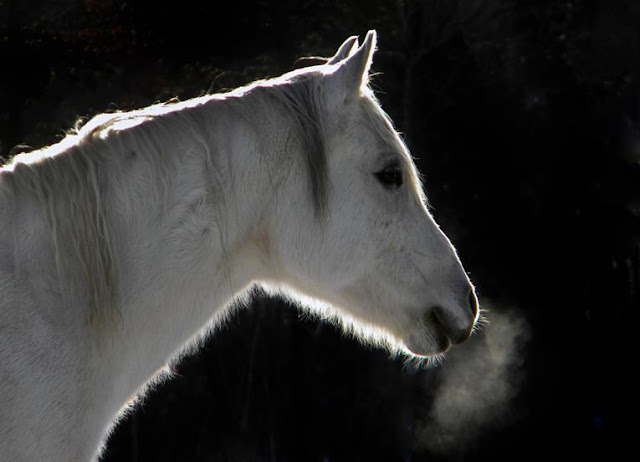 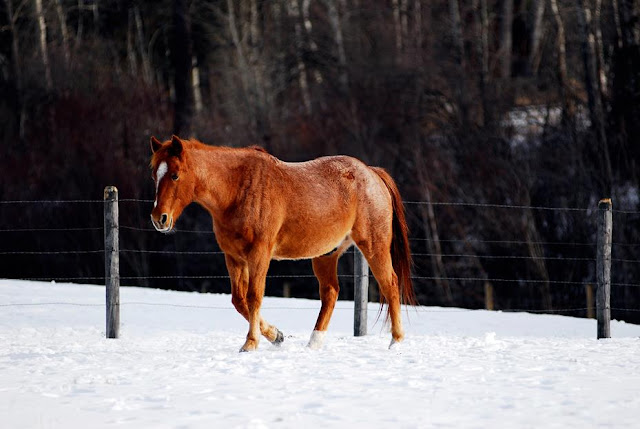 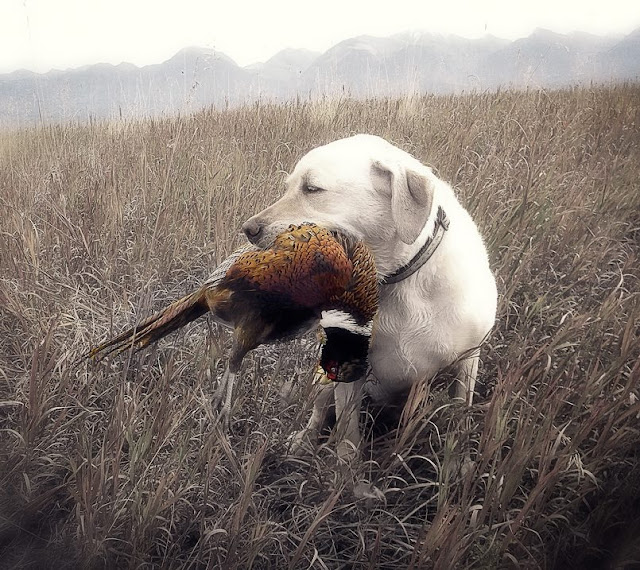 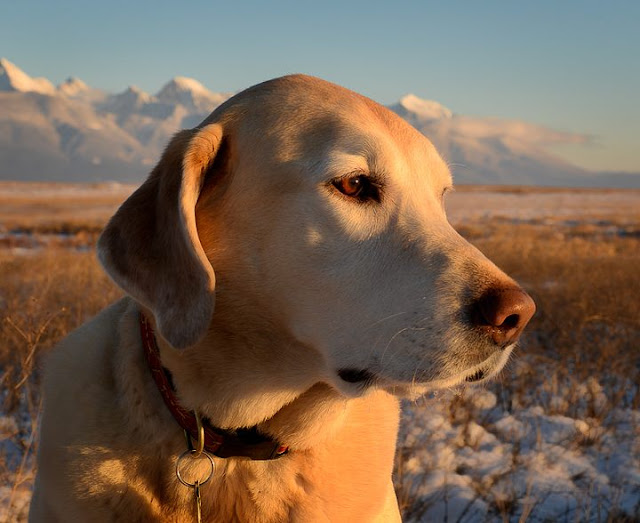 If Today Could Last Forever.
This is achingly beautiful and almost moves me to tears. 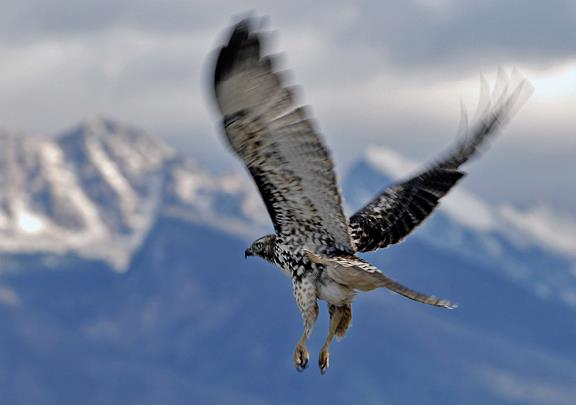 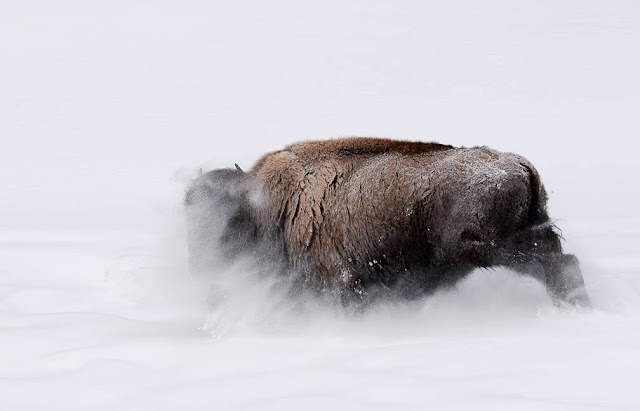 Bison
In order to subjugate the Plains Indians we nearly
hunted the Bison to extinction.  When that didn't work, we rounded up
their horses and killed them all. 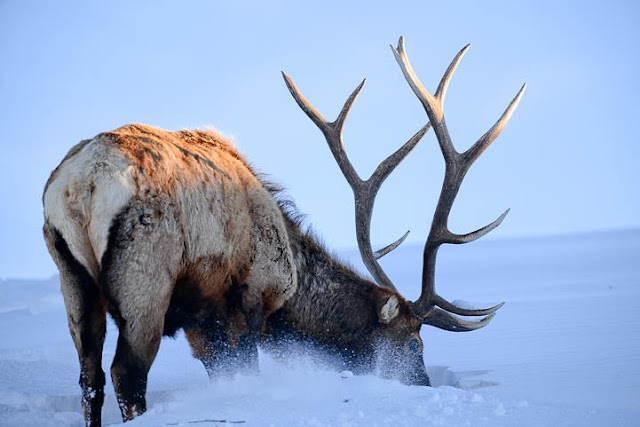 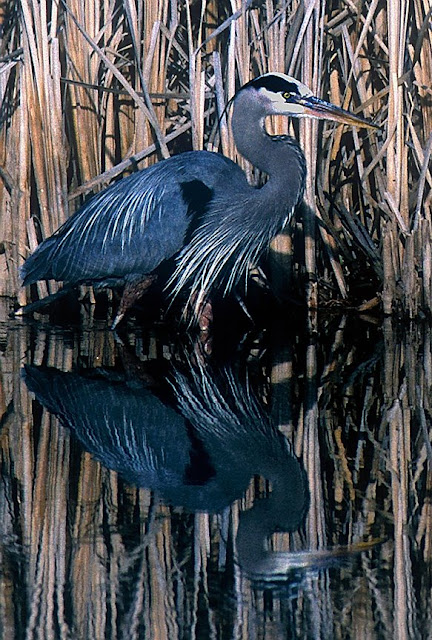 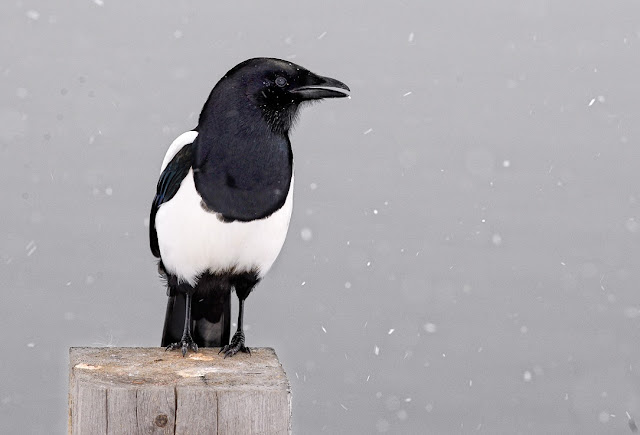 Magpie in the Snow
Magpies are ubiquitous.  And everywhere too! 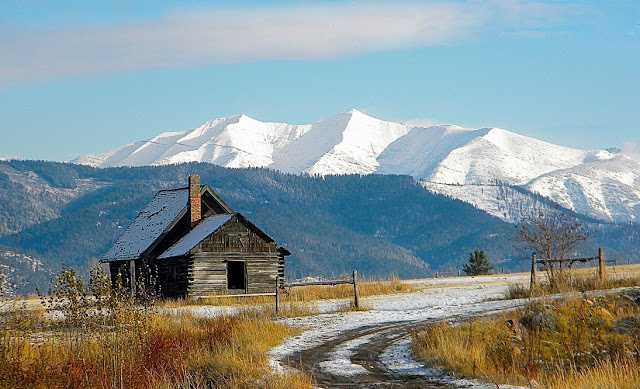 Winter on the Mountain 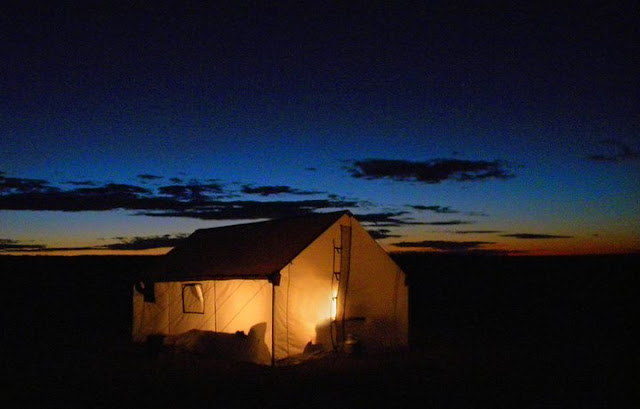 Text and captions by Loren Schumacher, Copyright 2/13/17
Posted by Loren at 6:55 PM No comments: Links to this post