Winter Arrives With A Vengeance

Our local morning talk show host punctuates his dire warnings about the deadly cold, 6 degrees below zero with a wind-chill factor of nearly 30 degrees below zero, with his insipid, homespun humor.  There is just enough blue-gray light to check our own thermometer which reads a bone chilling 12 degrees below zero.  I hurry outside wearing just a pair of sweats and a flannel shirt to feed the birds, most of whom have been waiting for me since just before the sun peaked over the horizon.  Just a breath of air pulls at the trees, wind-chill won't be a problem today.  Still, the cold makes my bones ache.

This morning takes shape as does most every other morning, frigid or not.  I grab a Coke and a pack of Zesta crackers and head to the computer to check my email, MSN and, ugh, Facebook.  Today there is a post from my stepson which makes me laugh and then lament the state of his world.  My response merits a slap on the wrist from his girlfriend, whom I have only spoken to on Skype.

Thirty minutes of the world are more than I can take, so to lighten the day I feed our five cats: Lilly, Gracie Allen, Smudge, JoJo Blacktop and Cotton, then clean their litter boxes and sweep up around them.

The snow, swept thin in spots by a relentless wind and drifted in the hollows, crunches beneath my thick-soled boots.  It sounds like someone has ripped a cardboard box.   Well it does to me anyway.  I make sure the openings in our one remaining beehive are clear of snow and then pull the hood of my sweatshirt up and over my head.  Unlike the dawn hour I'm wearing a tee shirt, a flannel shirt, a heavy hooded sweatshirt, thermal coveralls, an  insulated vest and two pair of thick cotton socks.  Surprisingly, I can still move my legs and swing both arms! 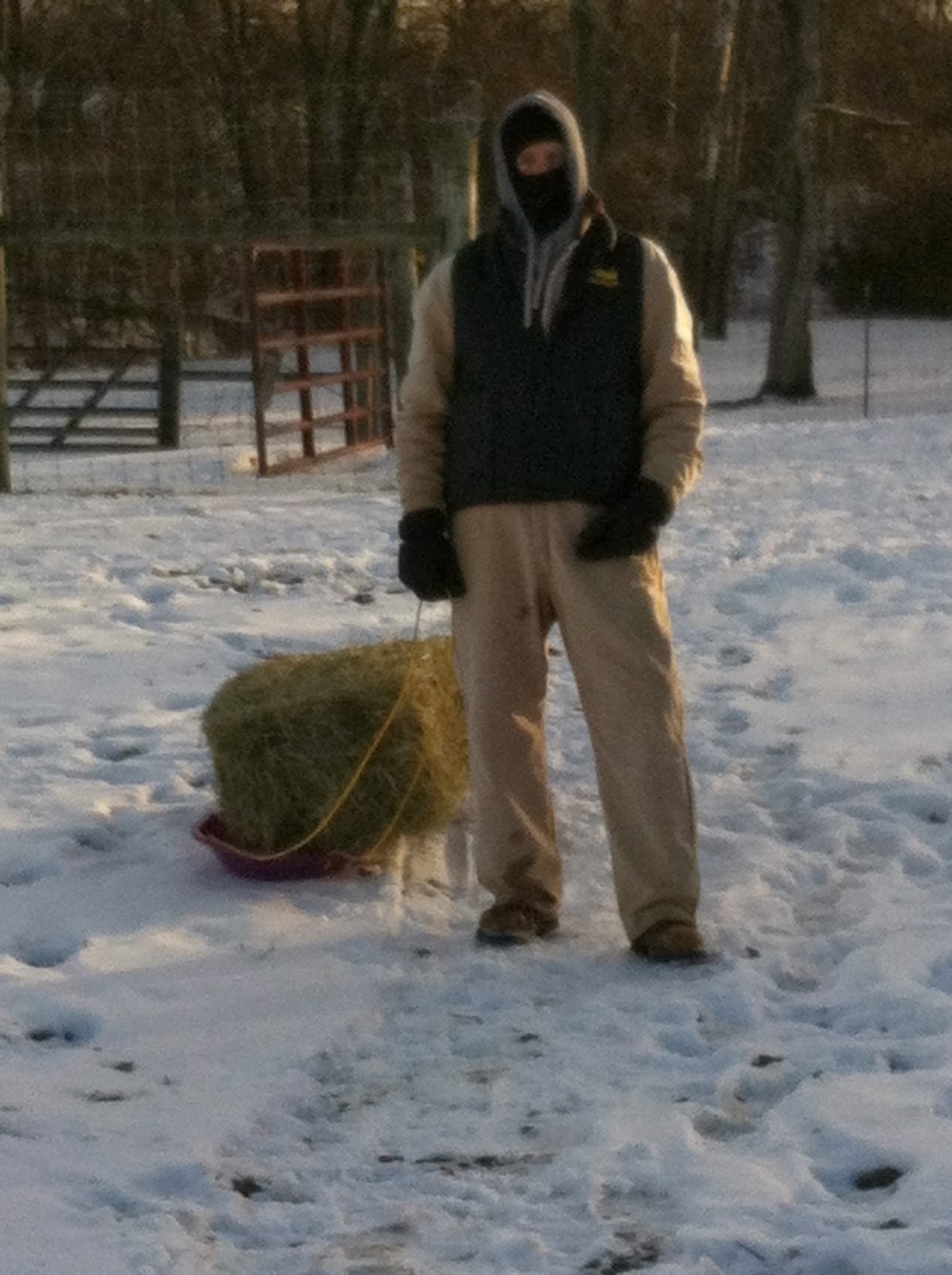 The deer have churned their own highway in the snow and the fox and coyote, unwavering as a predator must be, follow.  Following their tracks down the drive to the gate, I open it and high-step through the snow drifts and cross the pasture to the stable.  The stable, as the crow flies, is just 150 yards from the house, but nearly a quarter mile by the path I have to take.

After I unchain the gate, Stormy greets me as a member of her herd with an urgent, high-pitched shriek. Always hungry, Callie greets me with careless head tossing.  She narrowly misses cracking her nose on an overhang.  When she connects, as she so often does, she'll wear her scabby pink nose until her new coat comes in the spring.

Stormy never pees in her stall, so as soon as the stall door opens she steps out and gingerly crosses the cupped, frozen ground, and raises her tail.  Relieved, she walks to her stall and paws her bedding, impatient to be fed.

In the 18 years that my wife, Carol, and I have lived on our vest pocket farm it has never been this cold. Sub-zero temperatures accompanied by 20-30 mile per hour winds have lingered for days.  Even though our horses have full hair coats, we've decided to blanket them for the first time.  The blankets were expensive, but I take some satisfaction in knowing that Stormy and Callie are warm and dry.  They look sharp in their battleship gray and eggplant hued blankets.  High fashion has arrived in our pasture. 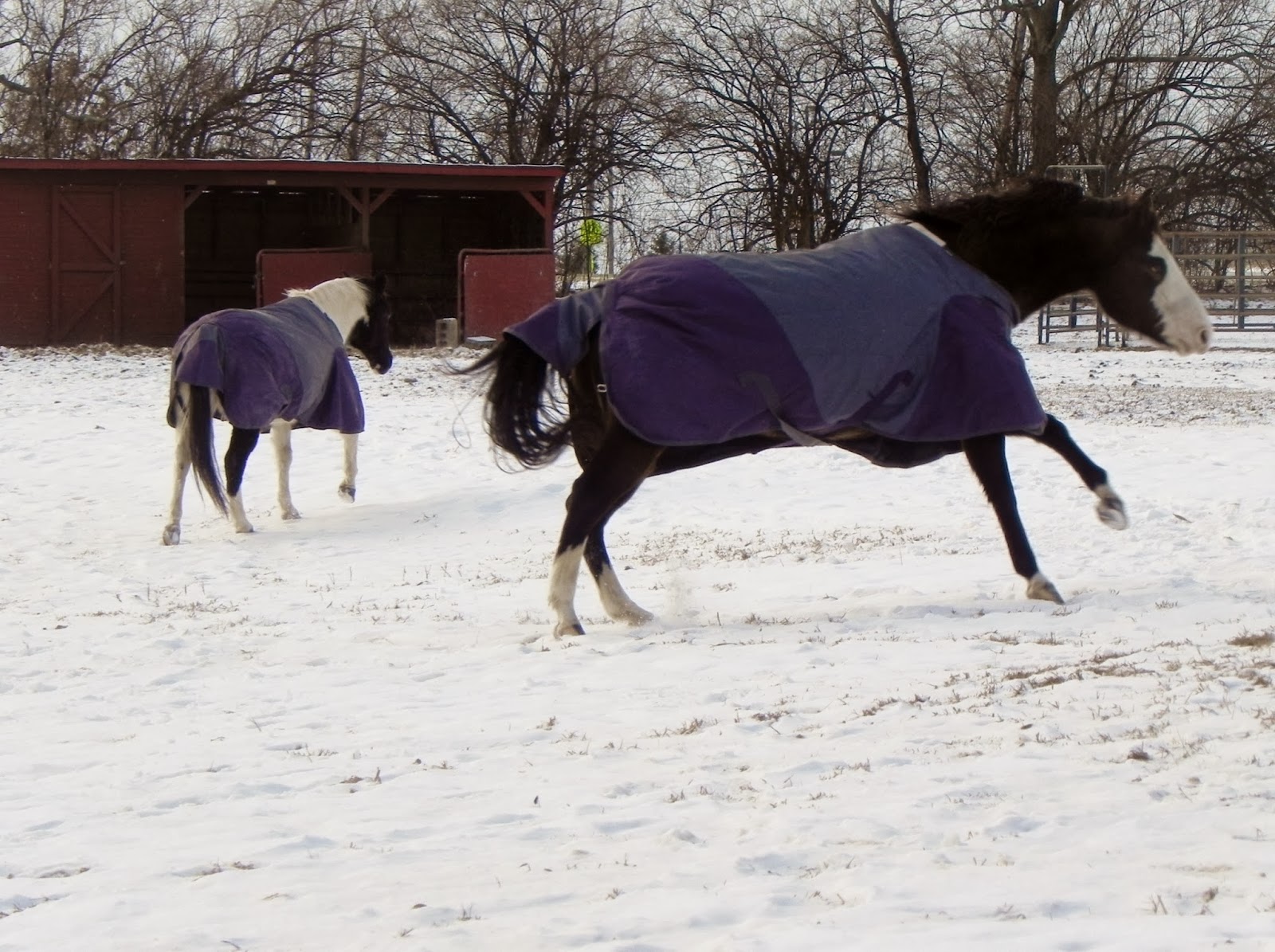 Callie after rolling in her new blanket 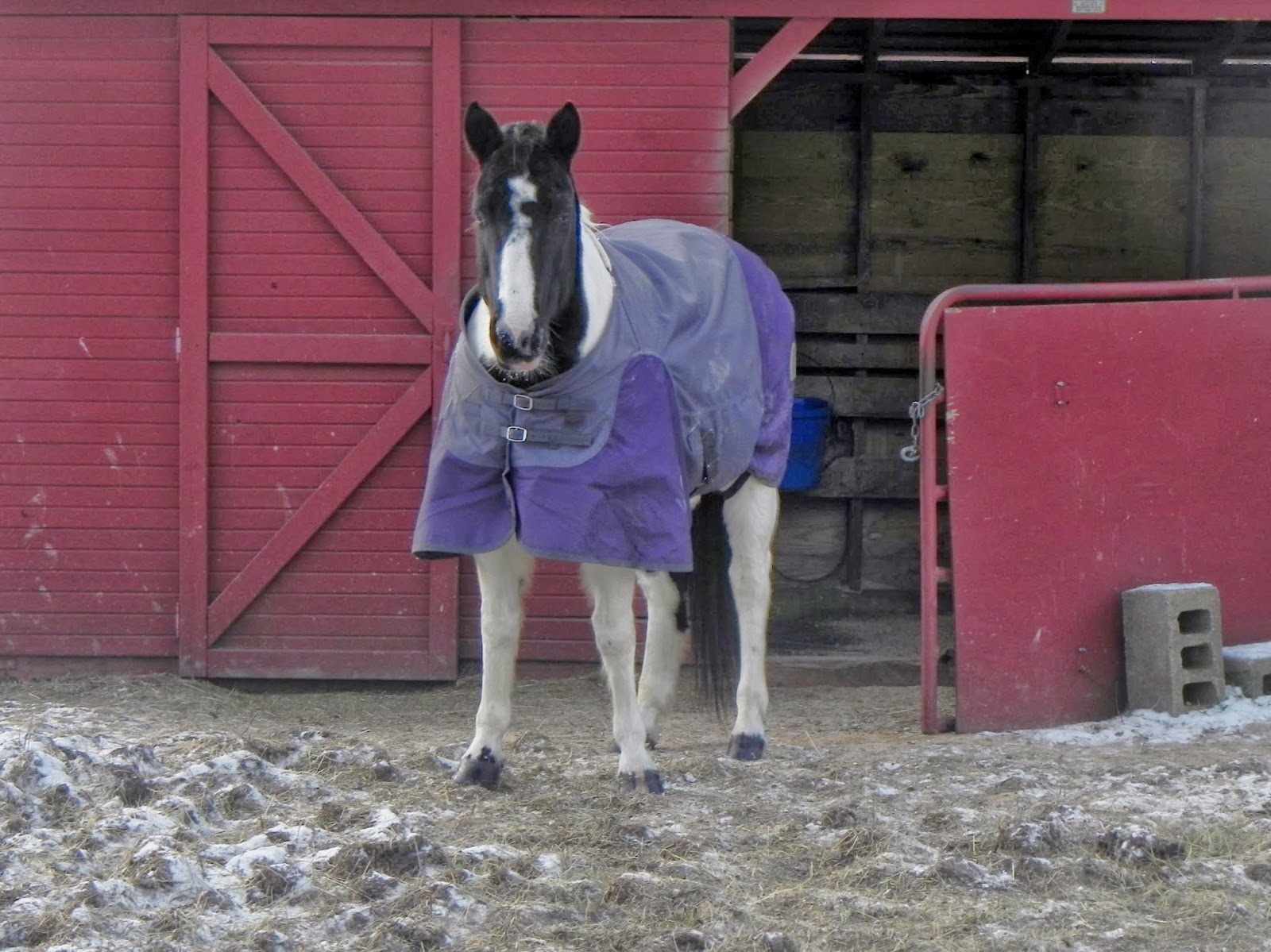 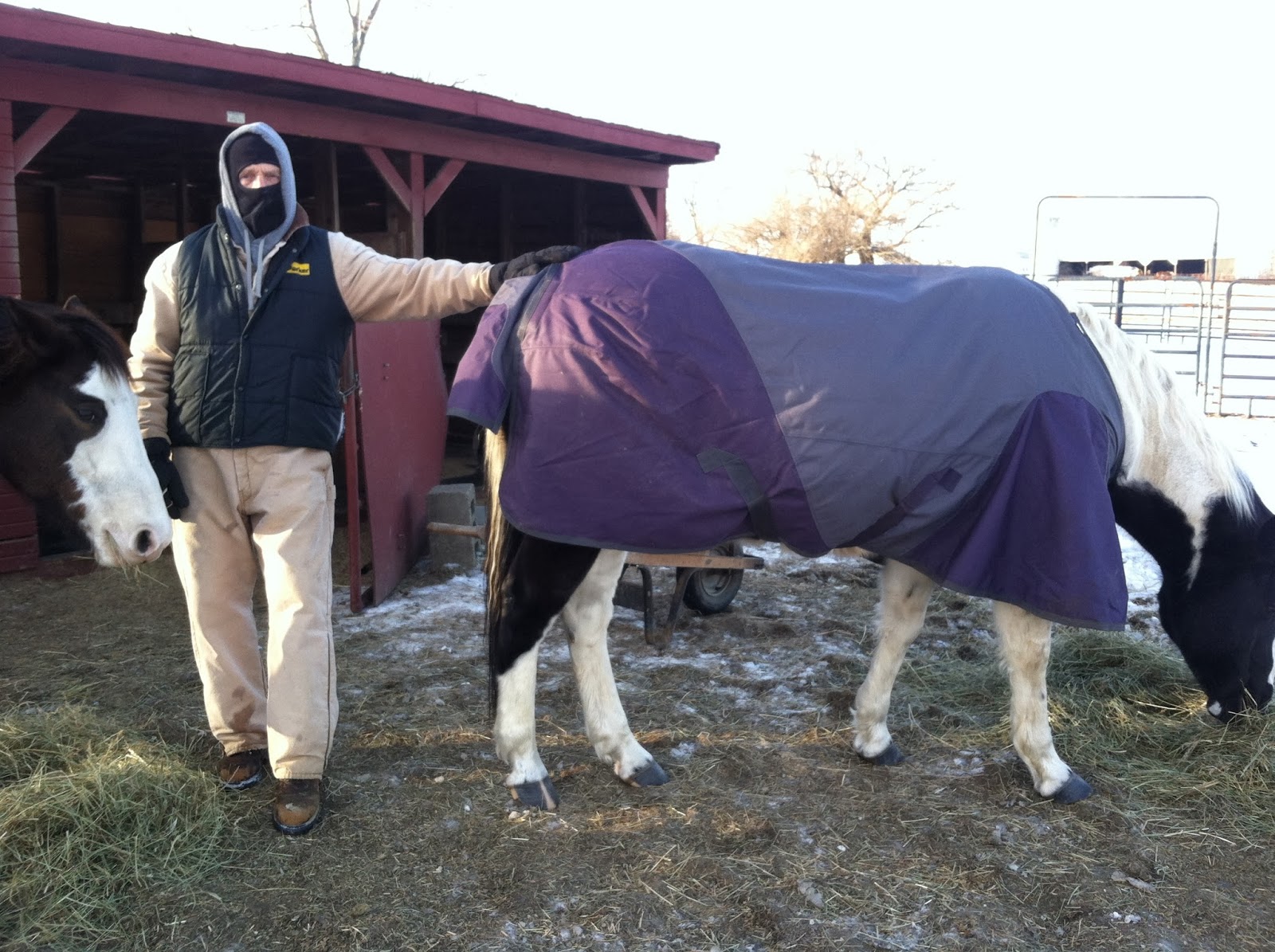 Oblivious to my being.

After inflating the wheelbarrow tire (an everyday chore) I remove a night's worth of wet bedding and manure.  I push, pull and shove the heavily laden wheelbarrow through the snow to Mount Poop, ten years of accumulated "stuff."  Its wedge shape lets the horses reach the highest wild honeysuckle leaves that they love so much.

After I clean the feed and water buckets, refill the heated buckets and plug them into their sockets, and sweep down each stall, I'm nearly done.  The solar water tank's float has frozen overnight and I use a shovel to free it.  After sweeping the small feed room I am done for the time being.  Under all of the clothes I'm wearing, a trickle of sweat makes its way along my backbone.  I spend several minutes petting and talking to Stormy and Callie while they mug me for treats.  After more than two hours in the biting cold I close the feed room door and trudge through the snow to the gate.  I call to the horses, "See you later, girls," but their placid eyes are focused on the hay I've spread for them and they don't bother to look up. 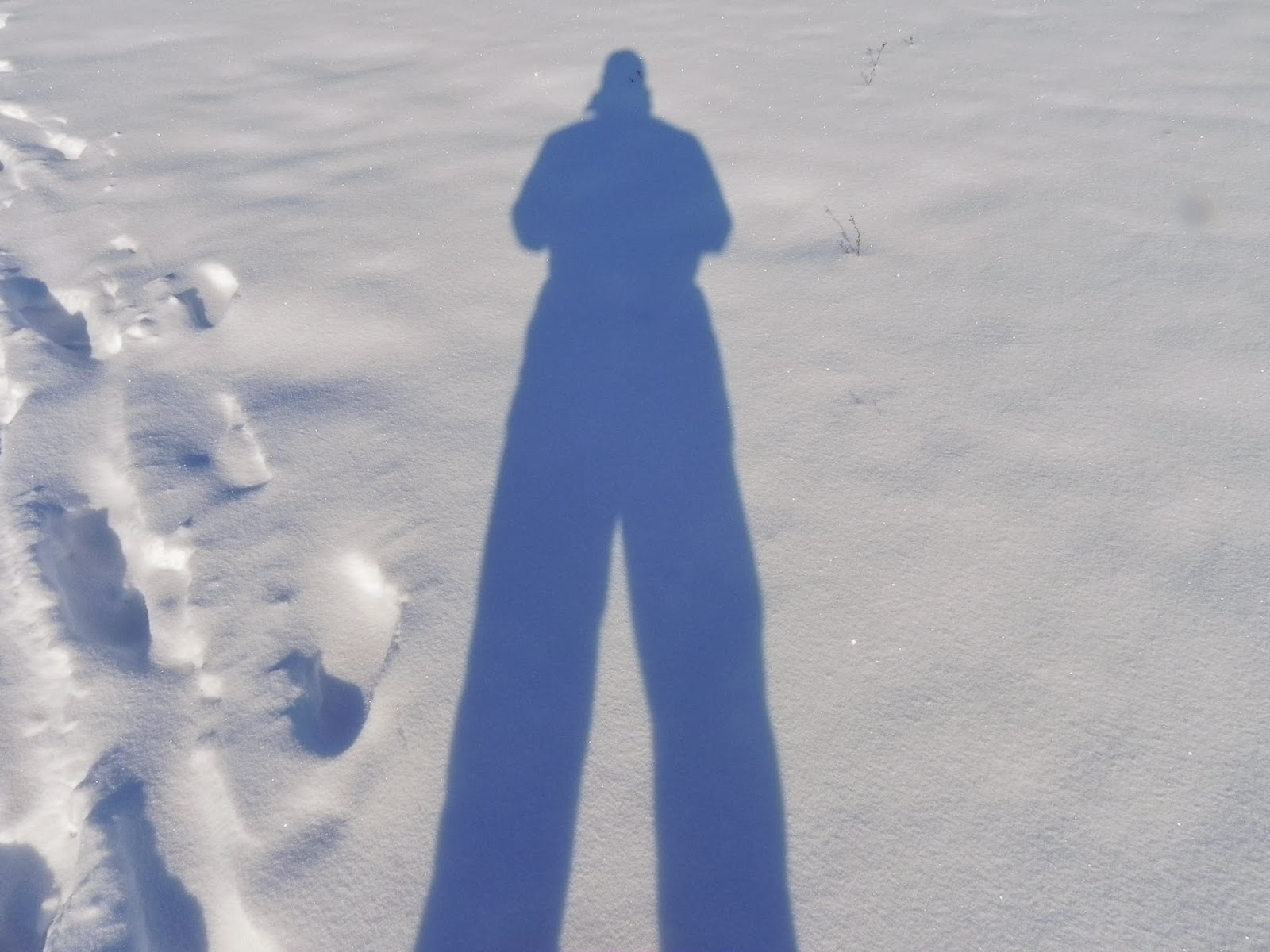 A "selfie," because I wanted to.

Later in the day I'll bring another bale of hay and supplies of bedding or feed on the plastic toboggan that we bought for this purpose.  In fair weather I use the front loader on my tractor, but the snow is too deep and the driveway too slick to use it, even though it has four wheel drive.  Later, when we put the girls up for the night much of the morning's work will have to be repeated.

One of my clients recently said that she was jealous of my owning horses because she'd always wanted one.  "Not to be jealous," I said, "because for every hour I get to ride them I must spend 30 hours taking care of them."  Thirty hours may be a bit of stretch, but owning a horse requires a love and devotion that is not unlike the selfless love we have for our kids.

Later in the day, around 7 p.m., when we put the horses up for the night, they spitefully and not unexpectedly, greet my wife before turning to me.  Oh, well.

A Little Something To See If Google Has Fixed Blogspot

"A pony is (a) childhood dream.  A horse is an adult treasure."  Winston Churchill 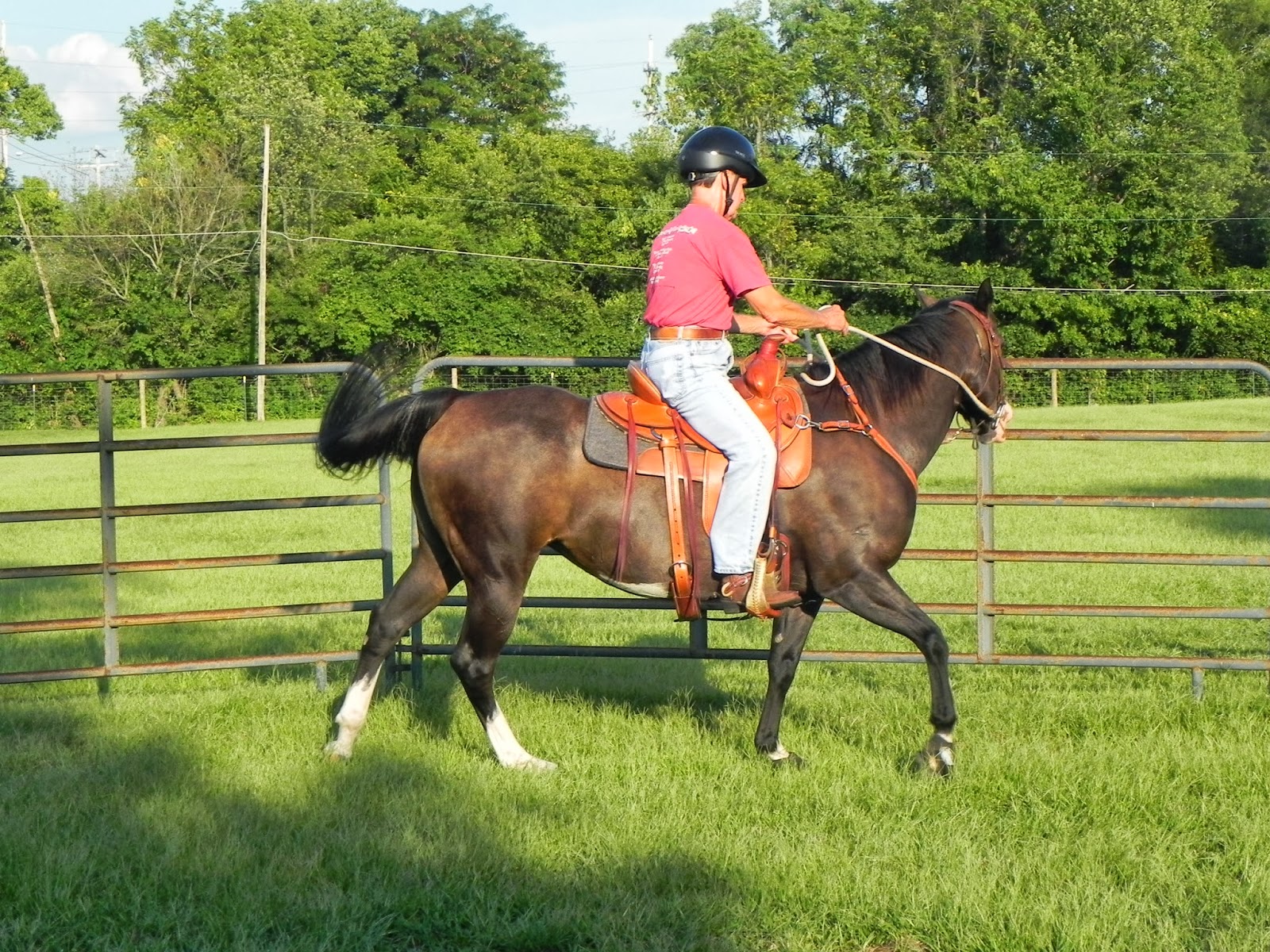 Posted by Loren at 3:07 PM No comments: Links to this post