Several years ago my barber asked me what one thing he needed to know to ride a horse.  I couldn't think of the "just one thing" answer he was looking for, so I said, "Well, a horse needs to know that you can disengage its hindquarters, and you have to train both sides of a horse, because each side of its brain can think and concentrate independently."  None of my  answers satisfied him and he walked away unimpressed.


Today if I were putting you on a horse for the first time I would teach you the "one rein stop."  I can hear you saying, "Stop, why stop, we haven't started yet?"  Why?  Because the "one rein stop" can save your life when a horse takes the bit between its teeth and heads for the woods, the barn, or a cliff as if its tail were on fire.


It's as simple as lifting one rein and pulling the horse's head around to the side.  When you can see the horse's eye, its hindquarters are disengaged and it can't run or buck.  Your horse will run in smaller and smaller circles until it comes to a stop.  Think of the "one rein stop" as your emergency brake.  Foolproof?  No, nothing is foolproof, but it surely beats the alternative.


Today most clinicians who practice natural horsemanship teach the "one rein stop."  It isn't a new technique however.  The famed cowboy, writer and artist, Will James, mentioned it in his book, Cow Country, first published in the mid 1920's.  James and another cowboy were chasing wild horses when, "Taking another look at the bunch so as to make sure of their going straight down the mountain, I sat on one rein, brought my running bronc' to a crow hopping standstill, and then made him head back up the mountain. 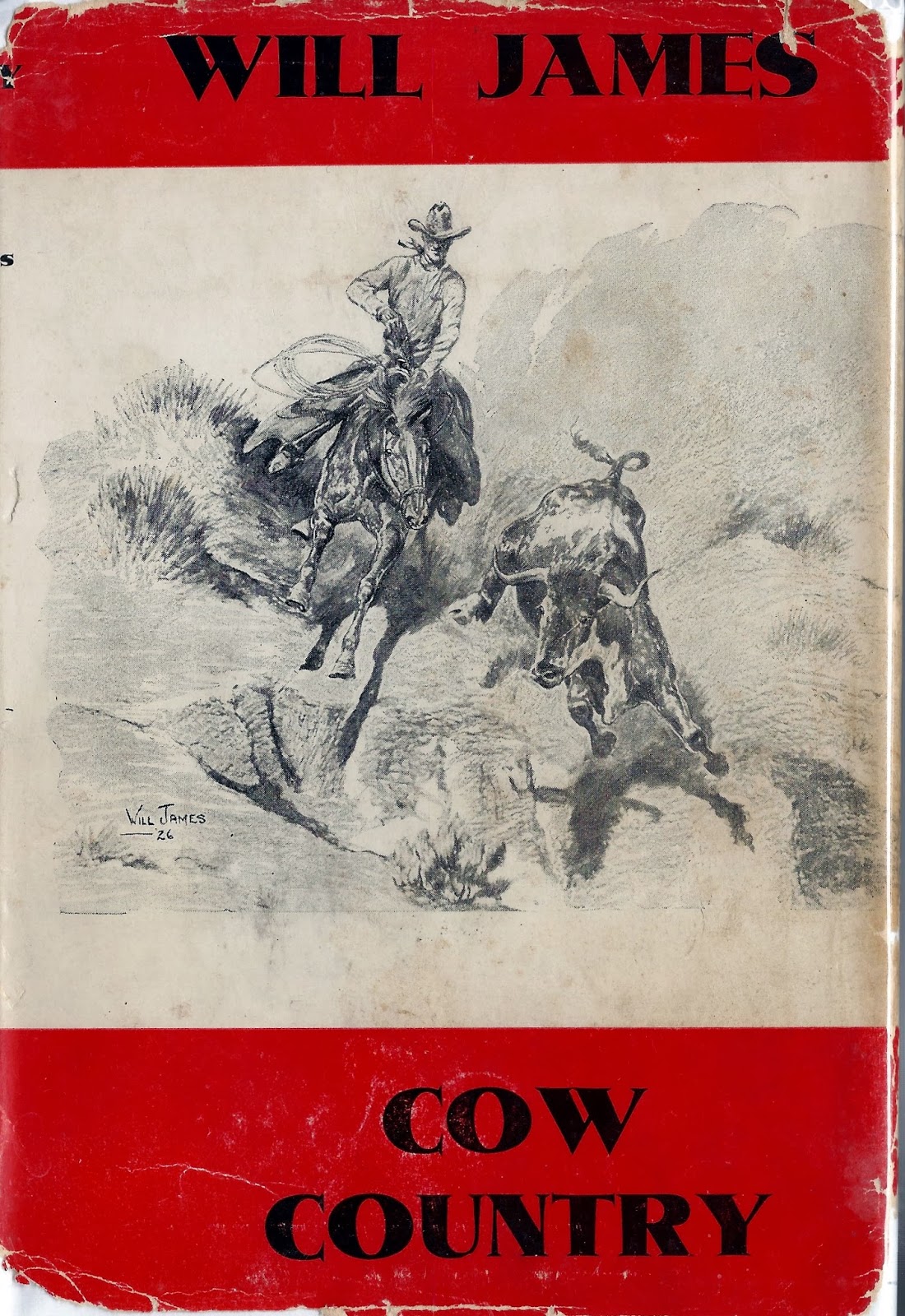 When I was still an inexperienced rider, two horses nearly got out from under me.  In Montana, on the only warm day of our ranch visit, rattlesnakes were sunning themselves on every rock and buzzing a warning that couldn't be misunderstood.  We had just taken a small herd of cattle to a new pasture to graze and were crossing a flat when, having never before worn spurs, I raked my horses sides.  We shot past all of the other riders and while I struggled with my horse, I felt panic rising  in me.  I hauled back on the reins and nothing happened, if anything, the gelding was running faster than before.  I was desperate to stop him and I pulled back on the reins with all my strength, bringing the horse's nose straight up in the air.  He began to "root" his nose from side to side while doing a crazy stiff legged dance across the flat.  While it wasn't pretty, he finally slowed to a walk and I began to breath.


The second time came in Arizona, near the Mexican border, riding a beautiful chestnut gelding named, Tomahawk.  I was told he was the second best horse in the string, but I could never get much out of him.  Like the horse in Montana, he got away from me, only this time I was just riding over my head.  The high desert was flat as a landing strip and Tomahawk, despite my best efforts, broke to a canter, and then a walk with no help from me. 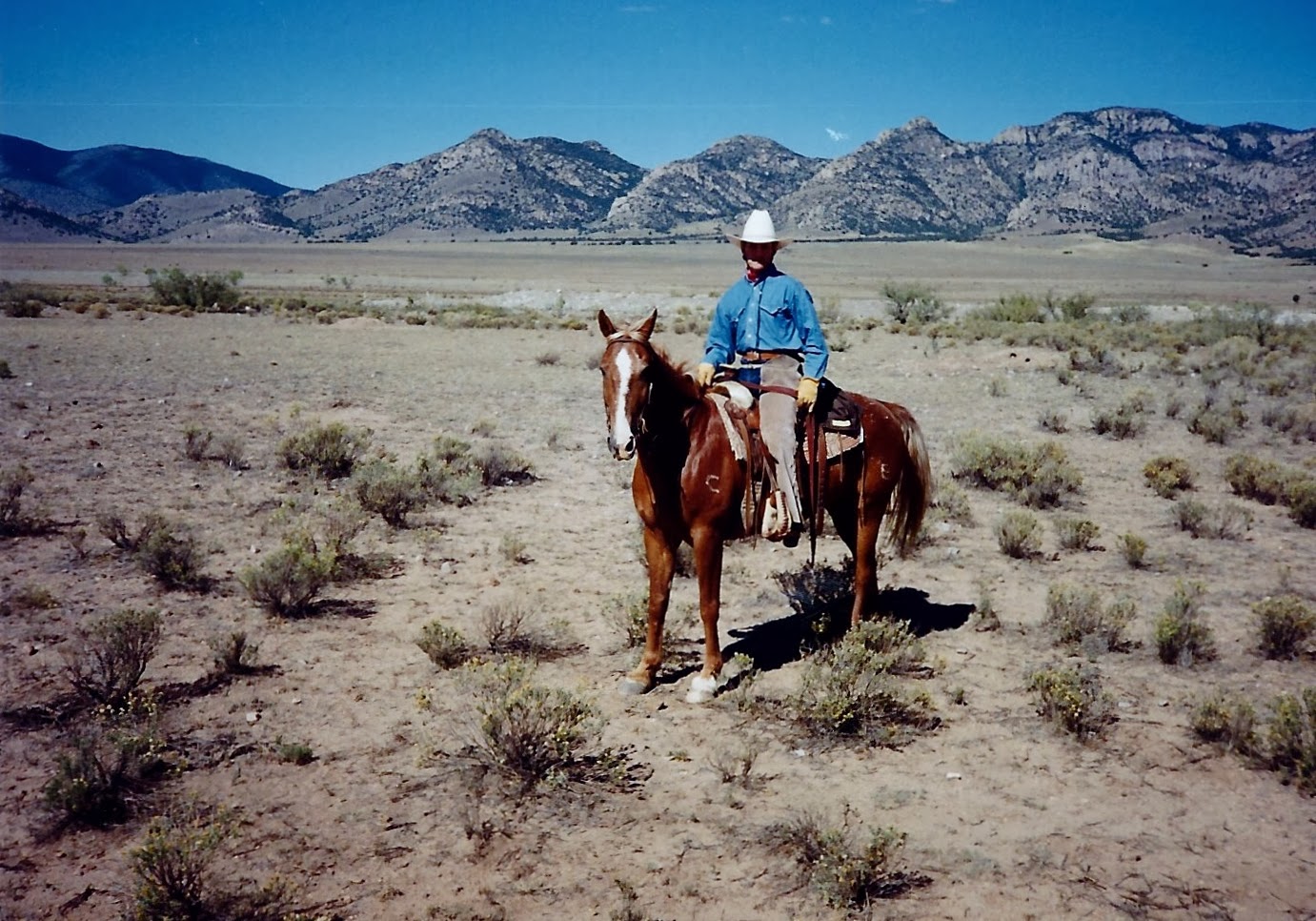 Sadly, no one had ever breathed a word about the "one rein stop."

Posted by Loren at 3:34 PM No comments: Links to this post

Recently I read that cowboys of the high plains seldom rode horses that were light in color because they believed that those horses attracted lightning during thunder storms.

In this photo from my collection, a squinting Idaho cowboy sits astride what appears to be a dark bay horse.  No fear of lightning on that particular day I suppose.

The ranch house behind him is enormous and it looks as though both the cowboys and family may have quartered there.  Meals were probably served there because the dinner bell is mounted high on the roof next to the tank/rain barrel.  Because the tank is so large the house may have had running water.

Another cowboy sits on the stoop to the left and just behind the heels of the horse sits a dog.

The cowboy wears suspenders and a collared shirt.  Around his neck he wears what today is called a glad-rag.  All of this is accented by his "woolies," chaps made from sheep's wool.  His are dark in color, while most that I've seen have been light in color.  The chaps may be a prop to add drama to the photo, because in front of the house trees have bloomed and a window on the house's second floor is open.  Just a stunning picture from the West as it once was. 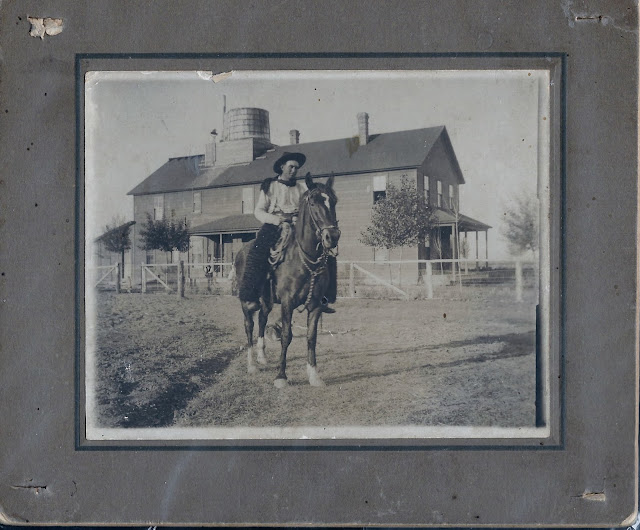 This cowboy's Montana Peak hat is the tip-off that he is from the northern tier.

In southern Montana, near the Wyoming border, my wife and I and several others were riding between ranches after moving fifty or more cow-calf pairs to a new graze.  We were more than two or three miles from the second ranch when the most vicious thunder-storm I have ever seen broke over the ground we were trying to cover.  We put our horses into an extended trot, praying that none of us would be struck by the crazy zigzag lightening that struck, cloud to ground, all around us.  The rain was desperate and traced paths down my cheeks, soaked through my yellow slicker, left my hat shapeless and limp, and put puddles in my boots.  But the truth is that the old superstition must be true.  Each one of us were riding dark horses on that July noonday when storms came to the mountains, and not one of us was struck by lightning.  You can
believe it or not.

Copyright, January 2, 2014 by Loren Schumacher
Photo from the author's collection