Decreasing fertility made AP Indy's last years as a sire a struggle, yet so revered is he that a life size statue of him occupies a place of honor within sight of the stallion barns at Lane's End farm in Versailles, Kentucky. 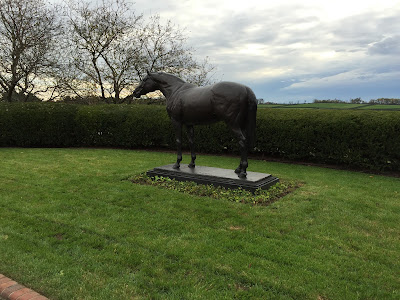 AP Indy's statue at Lane's End.  I believe that it will also be his headstone.

Indy is the oldest living winner of the Breeder's Cup Classic at 27 years of age.  Although he's now a pensioner living off the fat of the land, he is still an imposing figure.  He is a bit sway backed now but still, as his long time groom Asa Haley said with a smile,  "Indy has his days."

Indy's broodmare sire was Secretariat and his sire was Seattle Slew x Weekend Surprise, one of Lane's Ends three Blue Hens.  Blue Hens are broodmares that consistently produce winners at the races and in the breeding barns.

Indy and Haley seemed to rise up from the bluegrass acres that surround the stallion complex at Lane's End, where our tour group was warmly welcomed by Lexi, a twenty-five year employee of the farm, and Chance Timm, Director of Stallion Seasons and Shares. 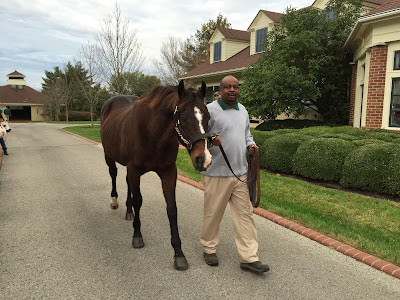 
As a yearling Indy brought the top price for his generation at auction-$2.9 million dollars.  At the age of two, Indy won the Hollywood Futurity and in 1992, at three, won the Belmont and the Breeder's Cup Classic.  He was scratched from the Derby and the Preakness due to foot problems that plague him to this day.  Also in that same year he was named Horse of the Year and retired to Lane's End to begin his second career, the career that he is perhaps most famous for as a sire.

Indy has sired more than 150 stakes winners and among his prestigious offspring are: Malibu Moon who stands at Spendthrift Farm and has himself sired a Kentucky Derby winner, Orb and G1 winner Declan's Moon among others. Bernandini and Honor Code winner of the Breeder's Cup Dirt Mile.  Honor Code was retired at the end of 2015 to Lane's End along with speedy Breeder's Cup champion Liam's Map.  And last but not least, AP Indy is the grandsire of Tapit. 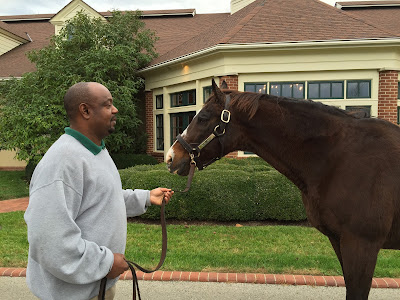 Even as Indy's fertility decreased, owners of  well bred mares booked him until the bitter end, hoping to catch the lightening in his genes just one more time.  But after only 36 of 150 mares brought to him in 2011 became pregnant, AP Indy began his life of leisure. 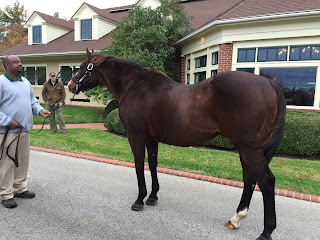 Indy and Asa, with Chance Timm in the background.

Lane's End was begun with a two hundred acre purchase by businessman and later ambassador to England, William Farish.  So respected are Ambassador Farish and son, Bill, that HRH Queen Elizabeth stays at Lane's End when she visits the United States to look at horses.  The farm itself now exceeds two thousand acres divided into several complexes: training, yearling, stallion and broodmare among them.  The most famous of the broodmares, Zenyatta, was not on display the week of the Breeder's Cup at Keenland in October of 2015 when our tour took place.

The cemetery at Lane's End speaks of the respect and reverence the Farish family has for the horses in their care.  Quiet, simple elegance and respectful  are words that came to mind as I walked among the rows of headstones arranged in a semicircle with the fabled bluegrass paddocks in which they once capered as a backdrop.  Each of the horses had been cremated. 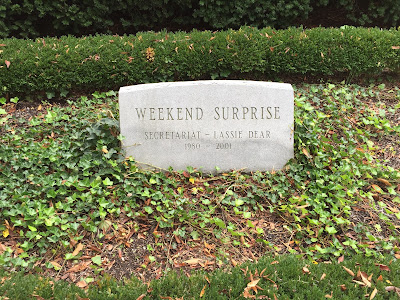 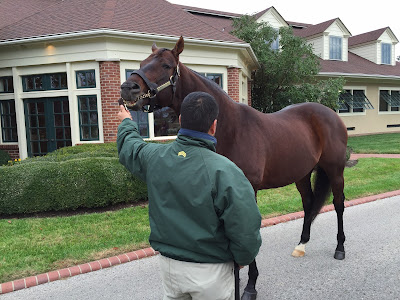 
Candy Ride, not just your average horse in a plain brown wrapper.  His racing career consisted of just six races, all wins and four of them Grade 1 or Arg 1 races.  His $60,000 fee has produced 43 stakes winners including Twirling Candy, who also stands at Lane's End and whose own progeny seem to appear in nearly every race and the ill fated Shared Belief.

Shared Belief died December 3, 2015 of colic after every attempt to save him failed.  A smallish thoroughbred he was a winner in 10 of his 12 career starts including the 2015 San Antonio Invitational Stakes G1, where he defeated California Chrome.  He had won two other Grade 1 events in 2015.  He was an Eclipse Award winner as a two year old in 2013. 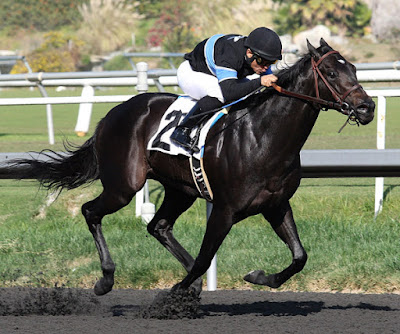 Candy Ride, not just a plain brown horse.  Lexi stands to the right.


Last but not least, the flashy seven year old Union Rags, a beautiful bay with three white socks, a white blaze, and a powerful, sculpted physique which made him by far the most appealing of all of the horses seen.

Union Rags was successful on the track winning 5 of his 8 career starts with one second and one third place finish as well. 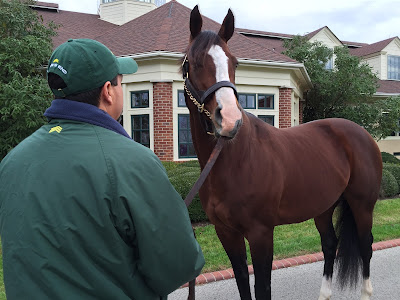 Alert and full of himself, Union Rags. 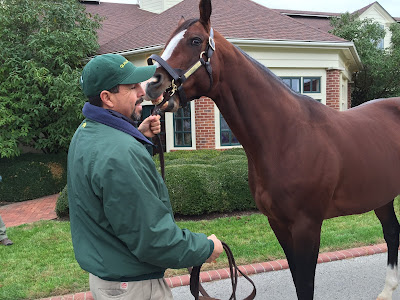 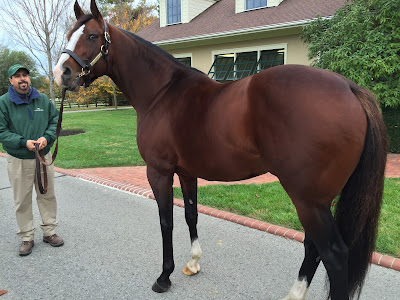 
Wealth can be gilt, garish and off-putting, cheapening the risk, sweat, effort and acumen of its creators, but that is not the case at Lane's End farm.  The look, the geometry, the attitude, the attention to detail and the success all pay tribute to the Farish families planning and the execution of their vision by their staff.  Lane's End is as much about the dignity of its animals as it is making their guests, whether investors, buyers or tour groups, feel welcome and appreciated.

Each horse, whether in its stall or not, was turned out as though it were a day to go racing.  Most of the horses had just been fed and groomed after a night spent in their paddocks and we all know how much horses love to roll in the nearest dirt or mud.

After being fed and groomed each of the horses spend hours resting in their stalls, lounging in knee deep, clean straw should they choose to lie down.  At 3 pm they are turned out for the night.  Surprisingly some of the horses are actually ridden to their paddocks.

The next picture  was taken outside the stall of Langfuhr, sired by Danzig.  Langfuhr, now twenty four years old has the second lowest stud fee of the eleven horses standing at Lane's End at $7500.00, But his stable environment is exactly the same as the most expensive sire, Smart Strike. 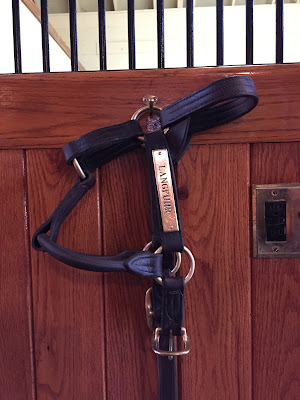 The biggest disappointment, aside from the cold blustery weather, not seeing Curlin, who no longer stands at Lane's End.