Not all stories have a happy ending and this may well be one of them.

How Rhonda got my name, I don't know, and for some reason I didn't ask.  She was looking for someone with experience to exercise her quarter horse mare, Gunny, while she was on vacation.  "Why?" I asked, "Is there something wrong with her?"  Rhonda explained that Gunny's right stifle joint was literally just bone against bone.  In fact, x-rays showed fusion of the femur and tibia with other visible issues.  The stifle joint is roughly equivalent to the human knee.  She didn't want to give up on her favorite horse in spite of its twenty three years, but both Rhonda and Gunny were running out of options.

While Gunny didn't put her entire weight on the leg for more than a few seconds, I could not have guessed the extent of her lameness.  On the other hand, abrasions, some fresh and others in various stages of healing, showed that there might be other issues with Gunny.  And there were.  Rhonda said that if Gunny were to lie down on her right side she could not get up.  The abrasions were remnants of the last time she had tried to pull herself up.  It had taken nine people and a Bobcat to get her to her feet.  All she ever needed, it seemed, was just a little boost, and then she could get to her feet on her own.

As it turned out there would be no need for me to exercise Gunny.  Rhonda had uncovered a stem-cell study being conducted by Dr. Bertone at Ohio State University's Galbreath Equine Center.  After a flurry of phone calls, shuffling of forms and x-rays sent to the doctor, the prognosis was not good.  Dr. Bertone said that Gunny's condition was one of, if not the worst condition of its type she had seen and doubted that stem-cell injections would help the horse.  The doctor added that she couldn't believe the horse was able to walk at all.   But Rhonda's love for her horse somehow overcame the doctor's clinical doubt, and with a lot of reservation she agreed to see Gunny and do an evaluation.

I agreed to trailer Gunny, who had not been in a trailer for years, to Columbus on Tuesday, June 3.  Despite bad roads, impossible traffic and multiple detours, we arrived at about four o'clock in the afternoon after a three hour drive, one that should have taken about an hour and a half.

Dr. Bertone did a brief physical exam of Gunny's stifle area, watched her walk several steps, and again said that it was unlikely that stem-cell injections would be of any help, and that the horse's condition was so serious that she might have to be put down. 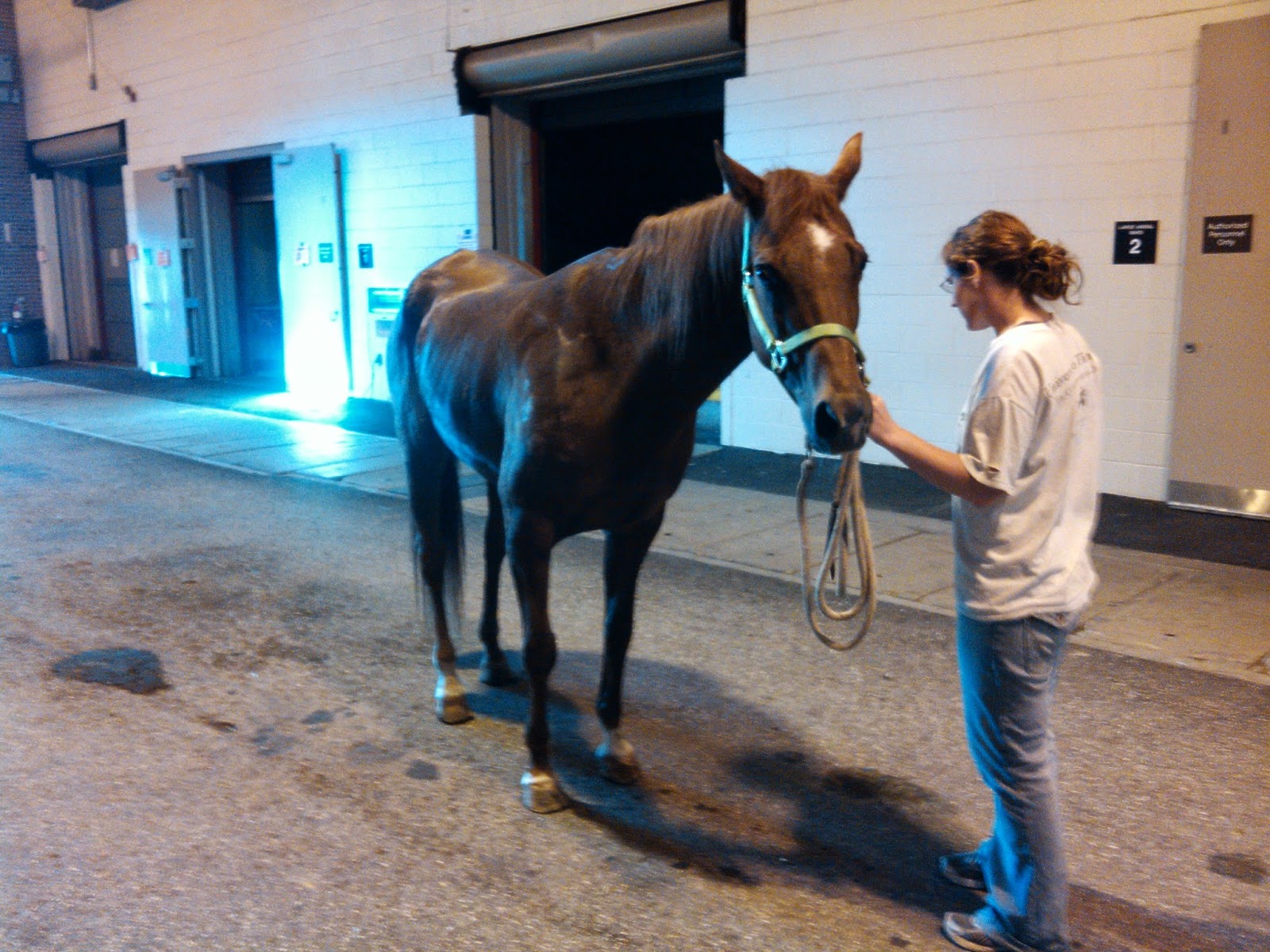 Gunny's loss of muscle mass in the hindquarters is evident here. 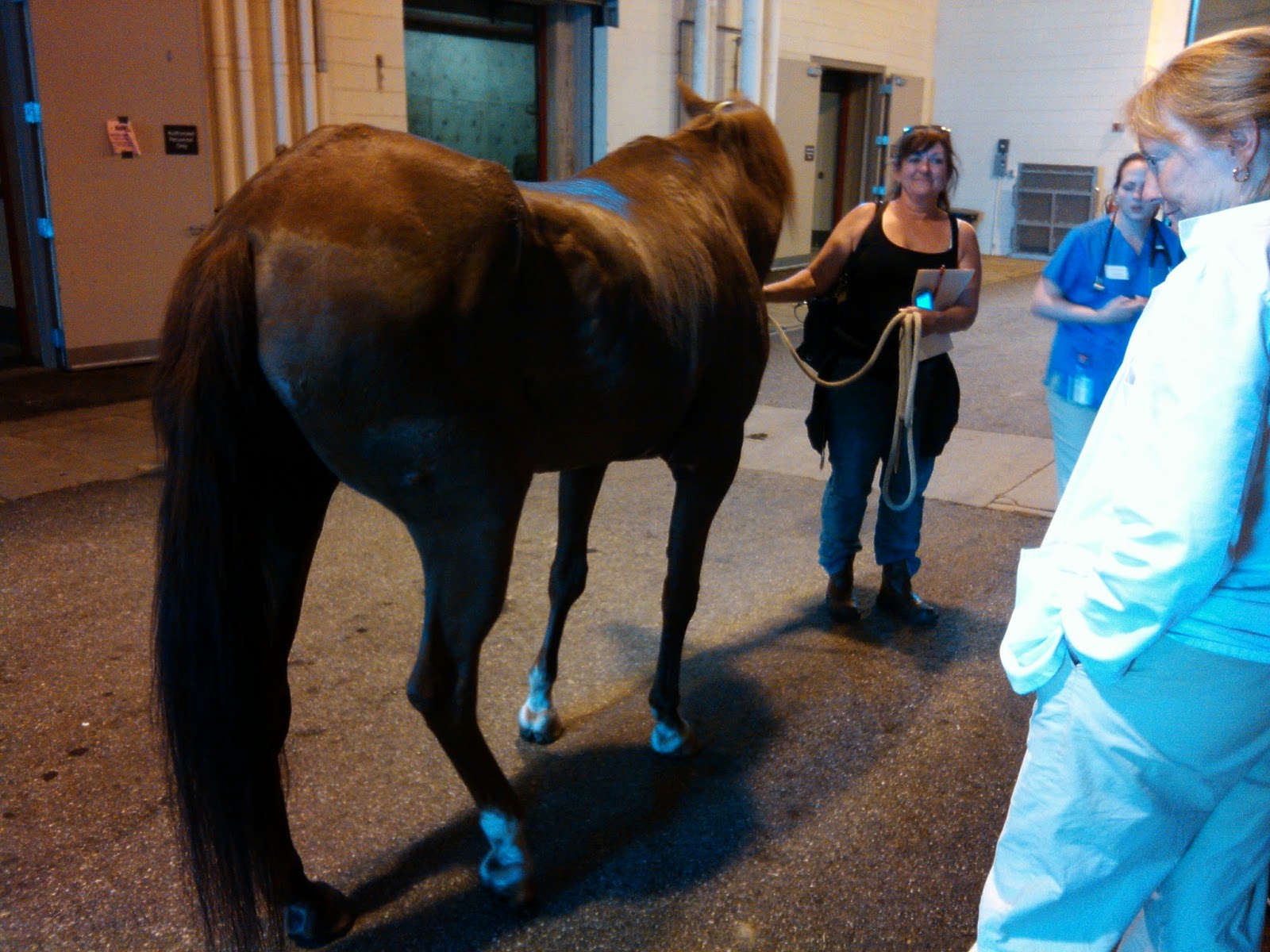 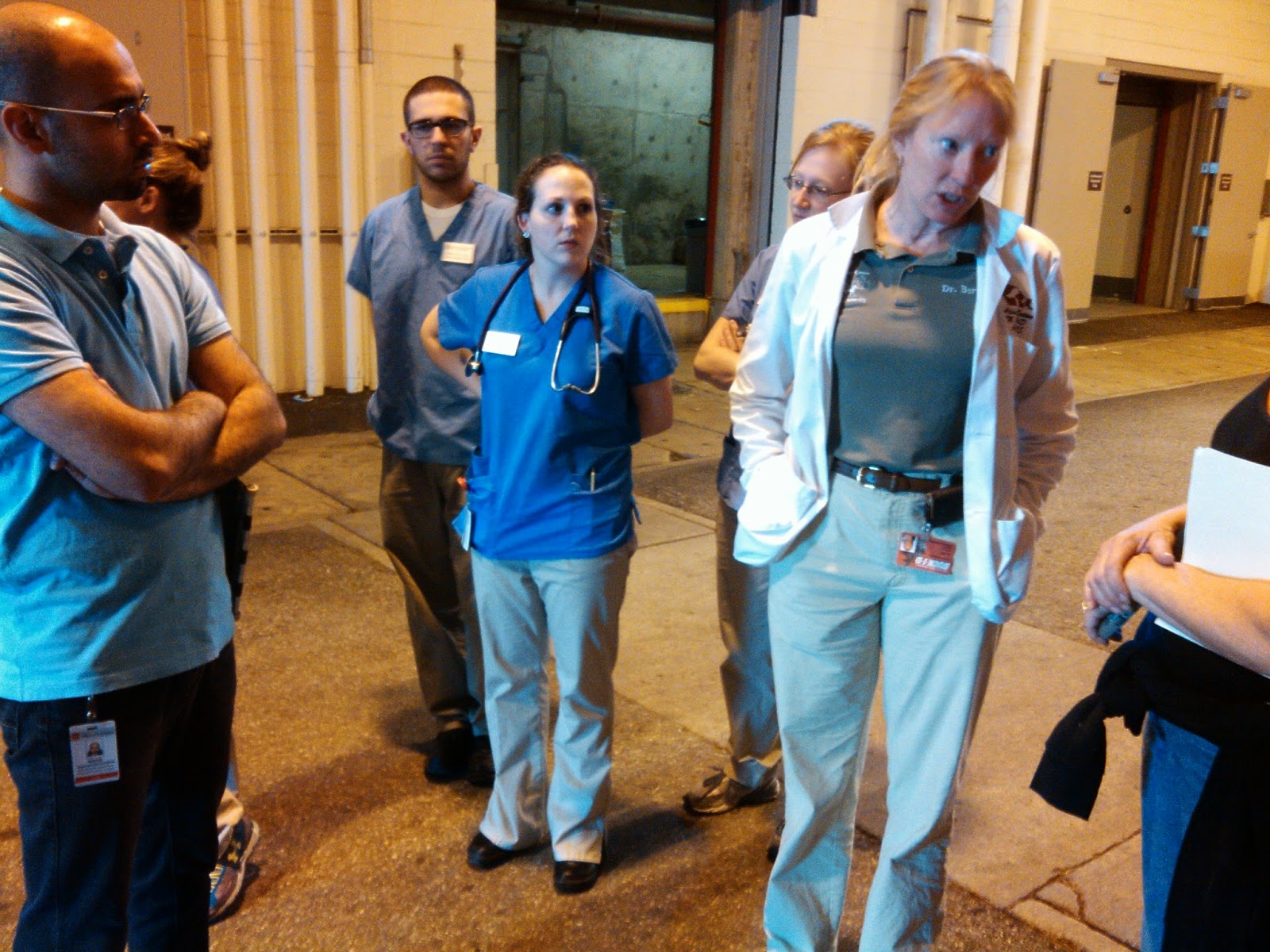 Dr. Bertone talking to Rhonda with her staff and two third year vet students in blue in the background.

While Rhonda talked to the doctor, I walked an impatient Gunny up and down one of the receiving area's aisles,  Whenever I needed a break from the boredom, Gunny would nudge my arm or paw the ground as if to say, "Come on mister, let's walk some more."  It's likely that Gunny is more comfortable when she moves than when she is forced to stand still and bear all of her weight on just three legs.  She probably becomes quite stiff and sore.

I heard the doctor tell Rhonda that Gunny would not qualify for the study, but perhaps the study sponsor might donate some cells.  Dr. Bertone added that if the horse had a bad reaction to the injections she might have to be put down anyway.

The decision was a difficult one, but Rhonda made it quickly. She opted to try and save her horse's life.  I led Gunny down a long aisle in the Equine Ward where a large clean stall with a thick layer of straw bedding and several flakes of alfalfa hay waited for her.

Rhonda tied her sweatshirt to the stall's sliding door so that the lame horse would have something to remember her by.  As we walked toward my truck, Gunny was already eating her alfalfa hay.  She seemed comfortable and not at all concerned. 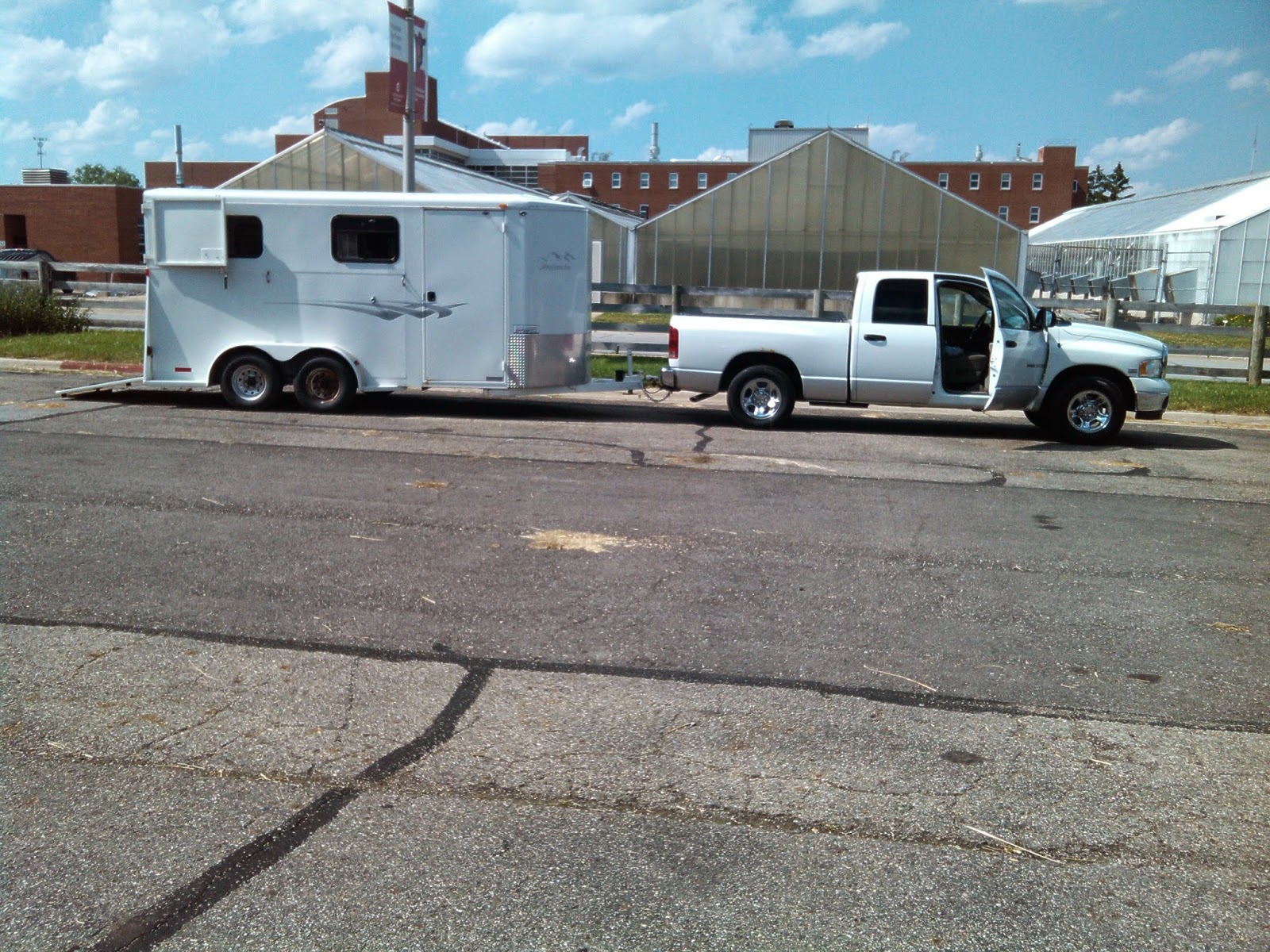 The "Great White" waiting to take us home.

**** In the end Gunny did not qualify for the stem cell study.  The owner financed treatment, but sadly, in the fall of 2014, Gunny was euthanized.

Copyright, June 5, 2014 for by Loren Schumacher
All photos by the author