Why Nip and Duck?

It doesn't matter the season or the weather, Stormy and Callie's morning routine never varies.

In the fall and winter they are normally still facing the back of their stalls, resting and letting any weather from the east break over their butts.  In the warmer months Stormy is usually drowsing in the morning sun while Callie keeps the watch. As I trudge up the hill toward the stable Callie begins pawing her gate, which sags beneath her muscle-powered impatience. Stormy, never a paragon of patience, paws her floor mats relentlessly, monotonously and sometimes irritatingly.

Both horses are anxious and very hungry after a night in their stalls.  Stormy has to pee and Callie can only think about the grass that grows just a few feet outside her stall.

In the last year Callie has begun to assert herself more and more,with small but dynamic changes in her behavior, while not challenging Stormy's leadership role.  There are more flattened ears when Stormy approaches, defensive postures at feeding time, and once in a while she refuses to groom Stormy.  Occasionally she has taken Stormy's food with almost no protest from Stormy, who defers without so much as a flick of her ears.  But don't be misled, Stormy is still the leader of the herd.

And don't forget the little animosities that have grown between them in the ten years they have shared together.  All of this becomes Nip and Duck, as they agitate one another, bare their teeth, snap at one another and snake their necks looking for an advantage, one over the other. 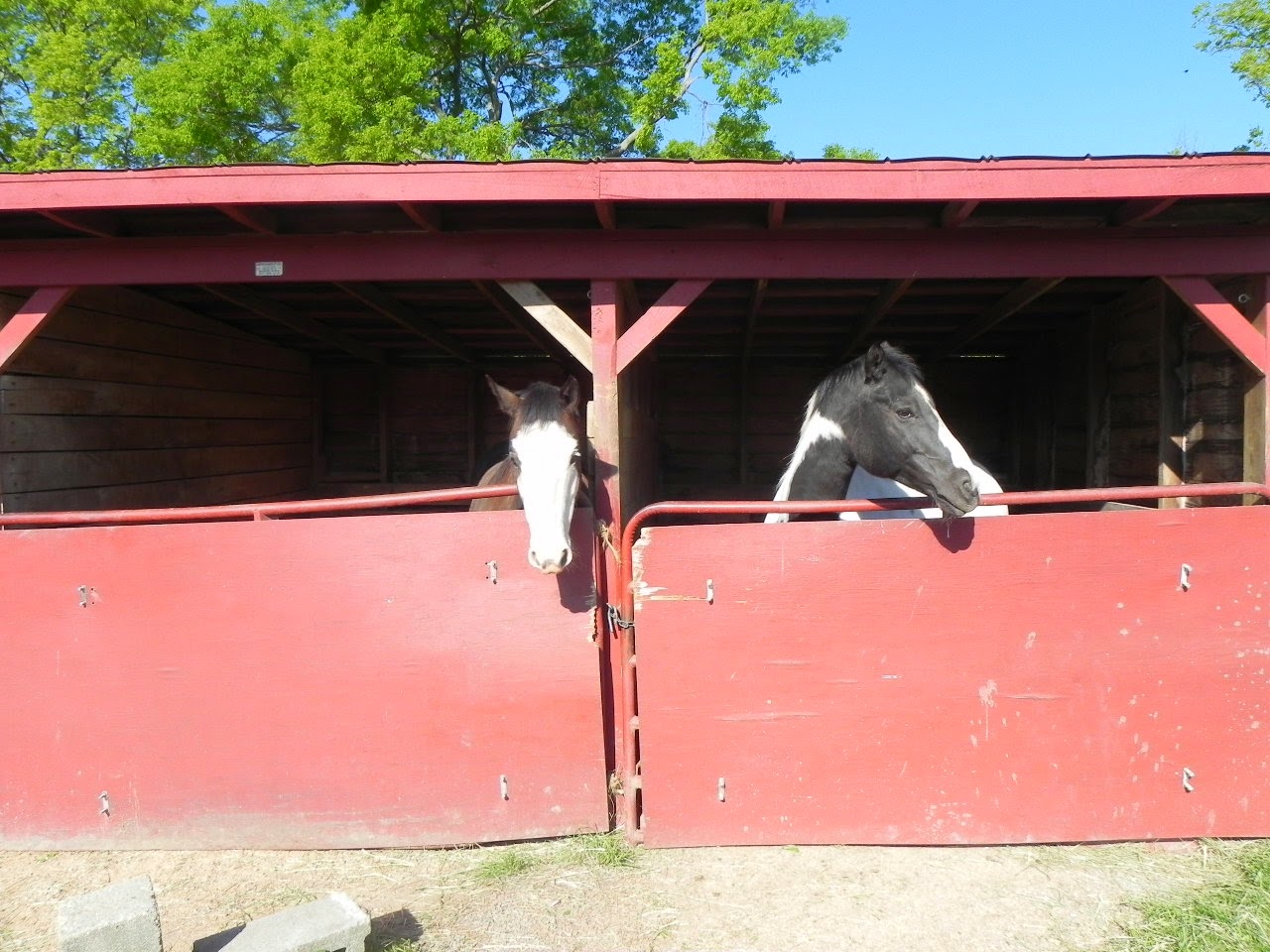 A calm before the storm. 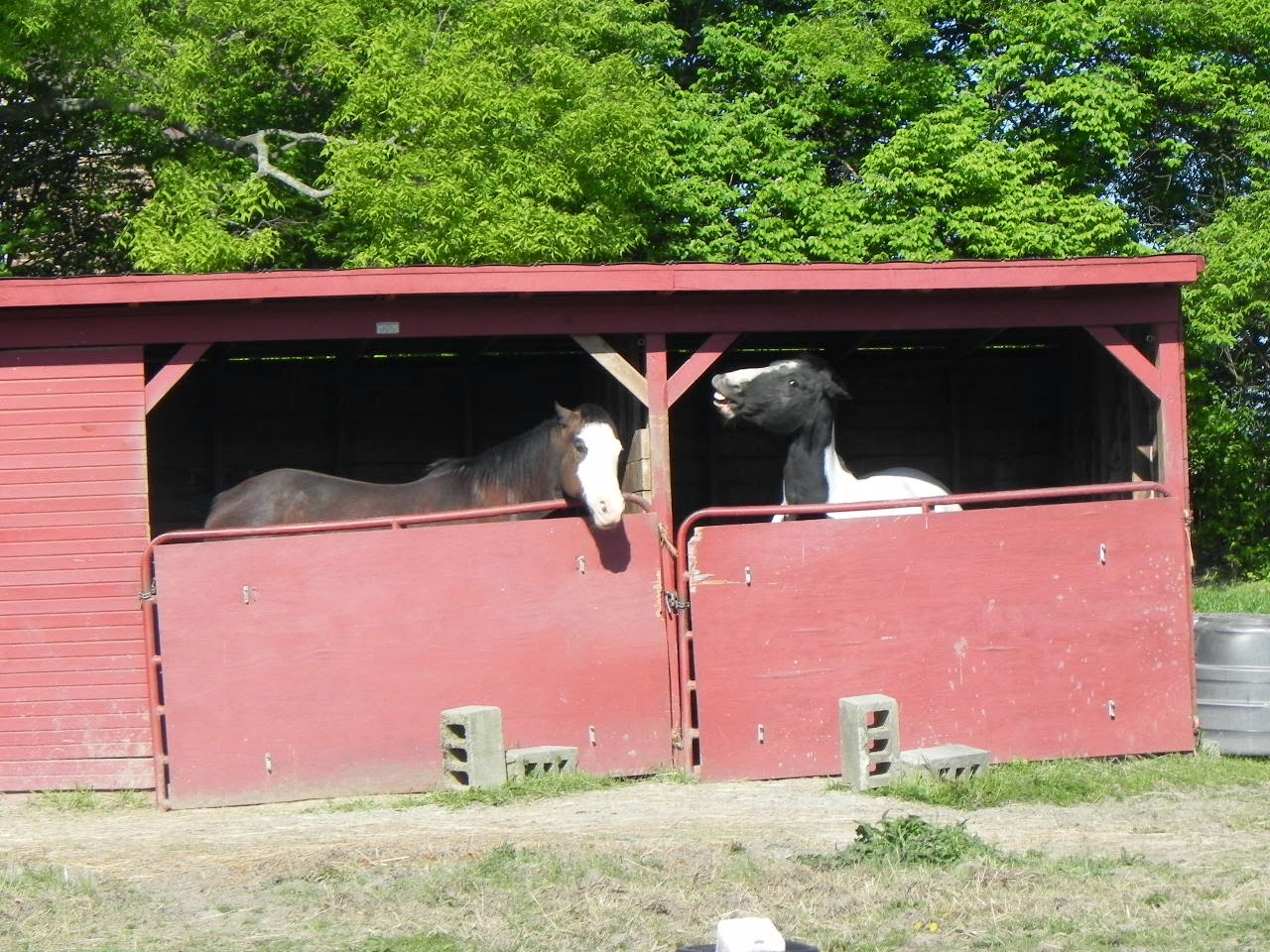 Do I have anything stuck between my teeth? 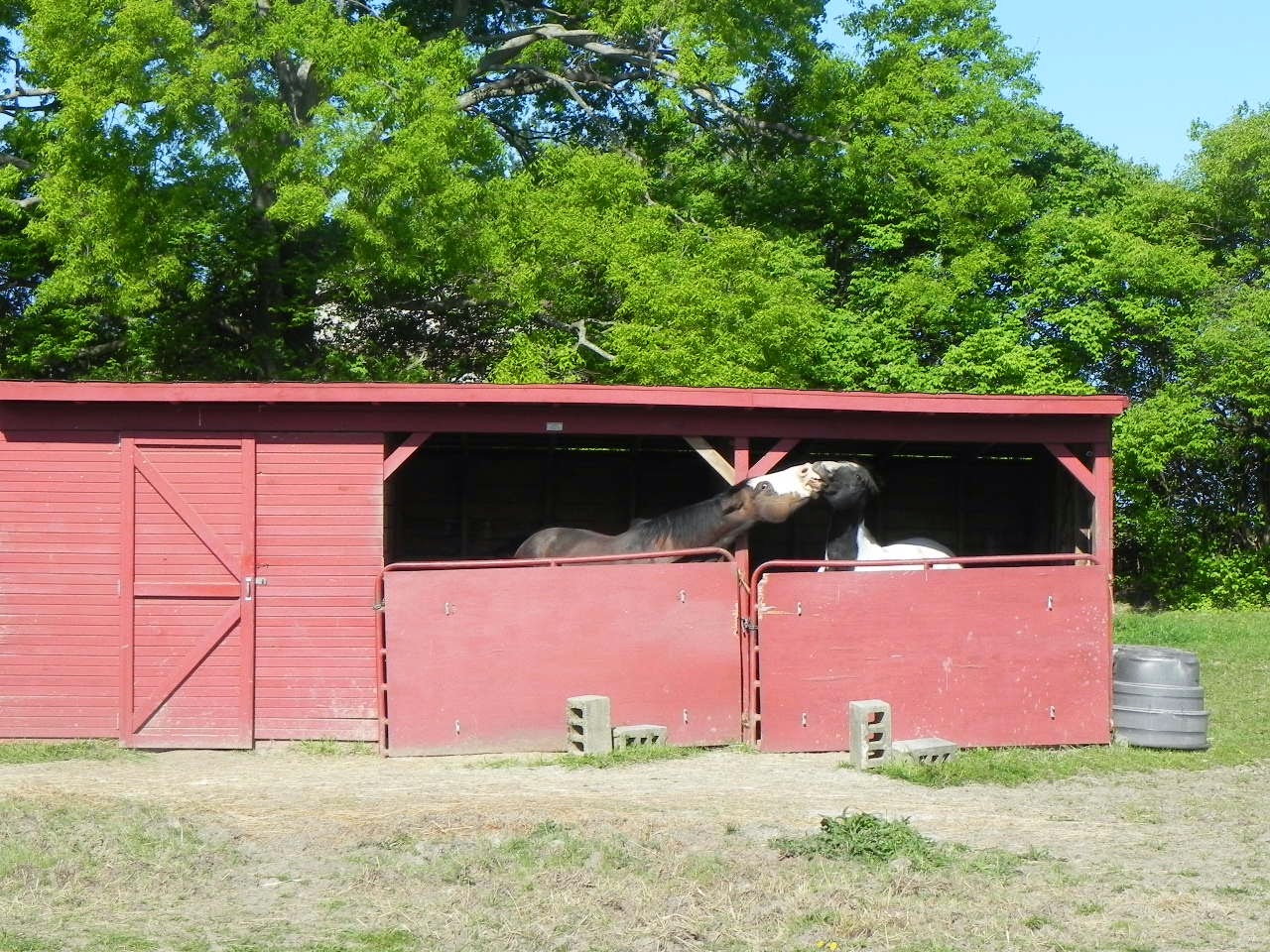 Let me get a closer look.  Notice that their ears are flat.  They are not happy. 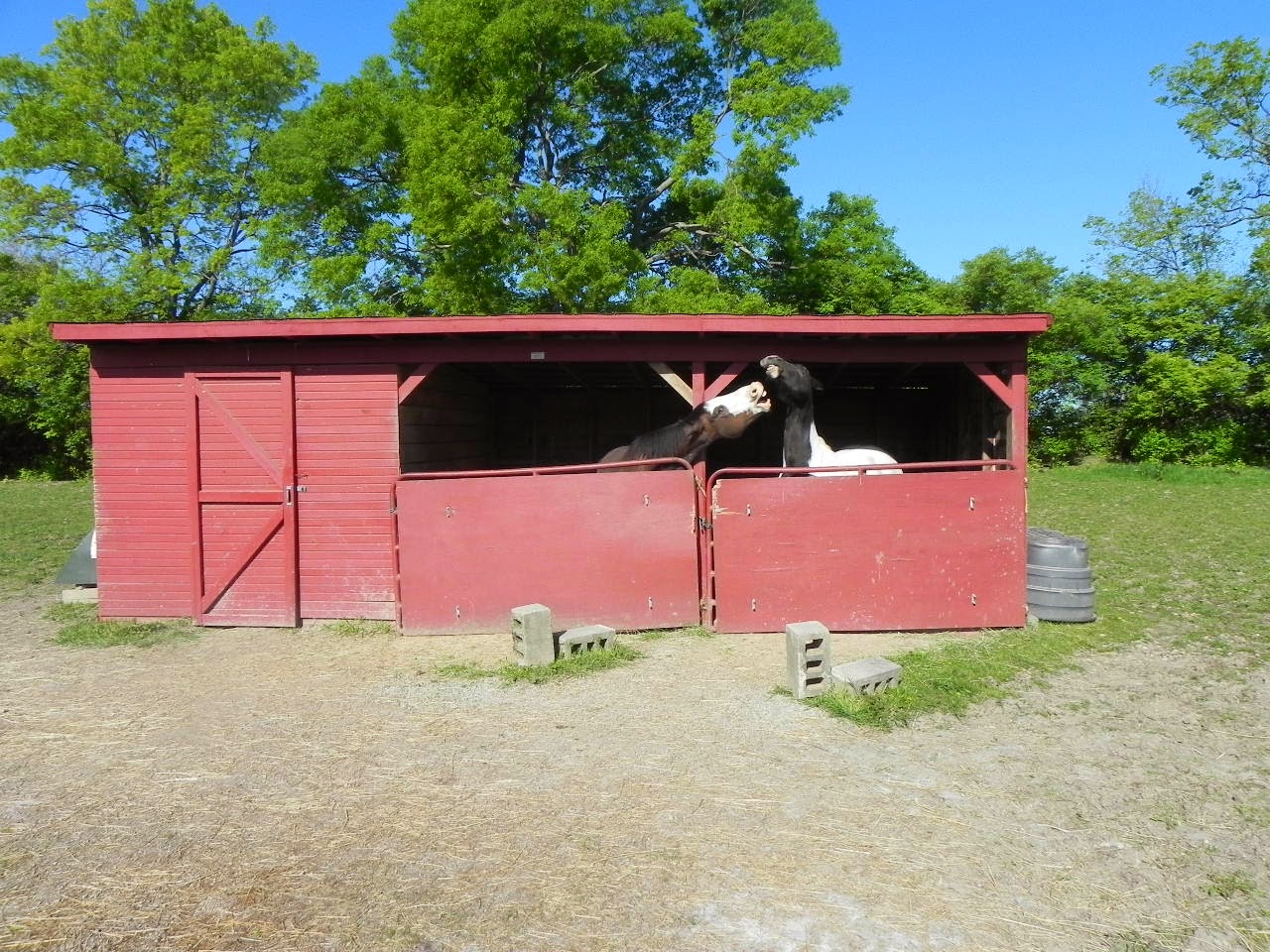 Nip and Duck are what they do every morning. 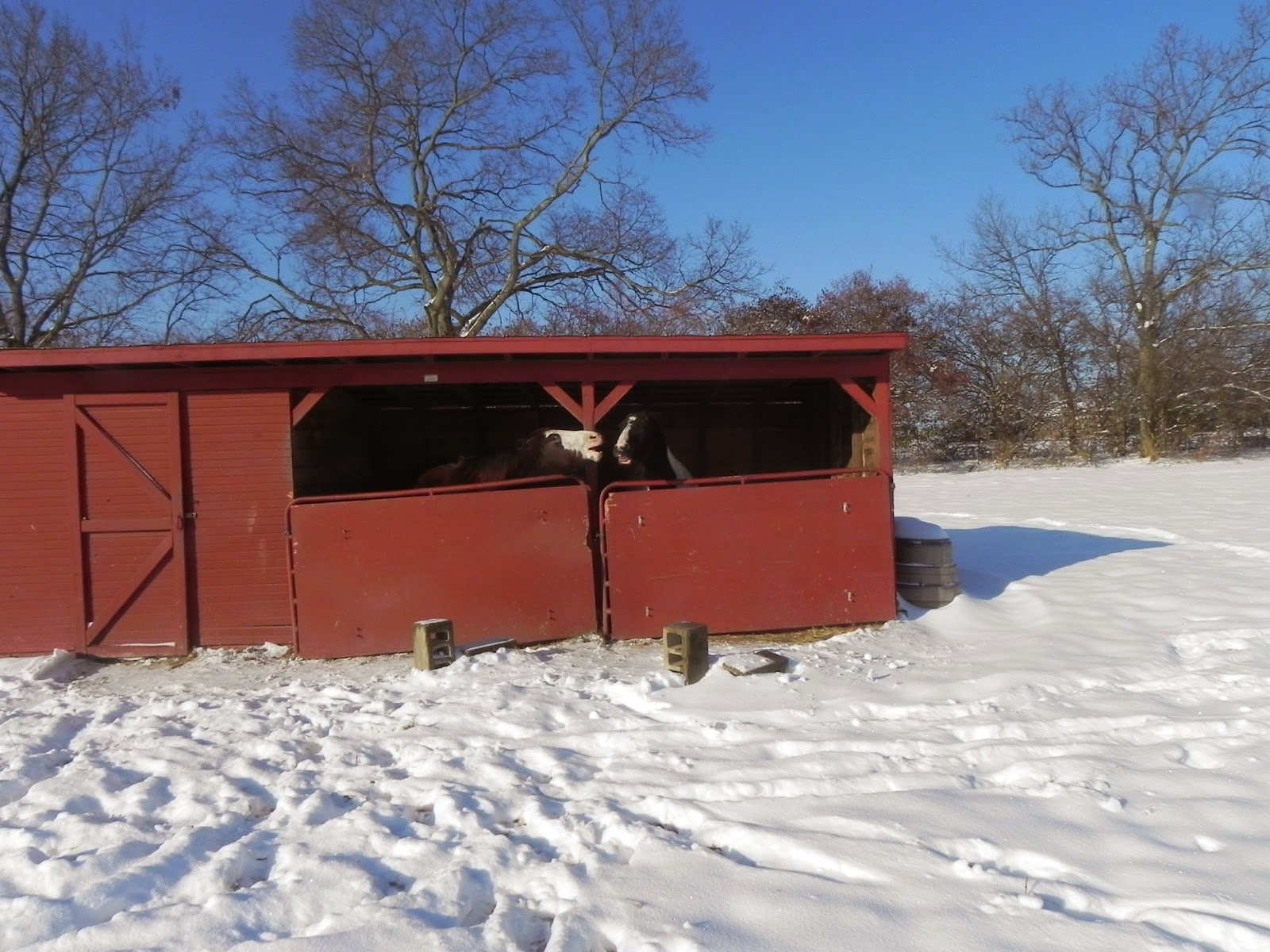 No matter the weather. 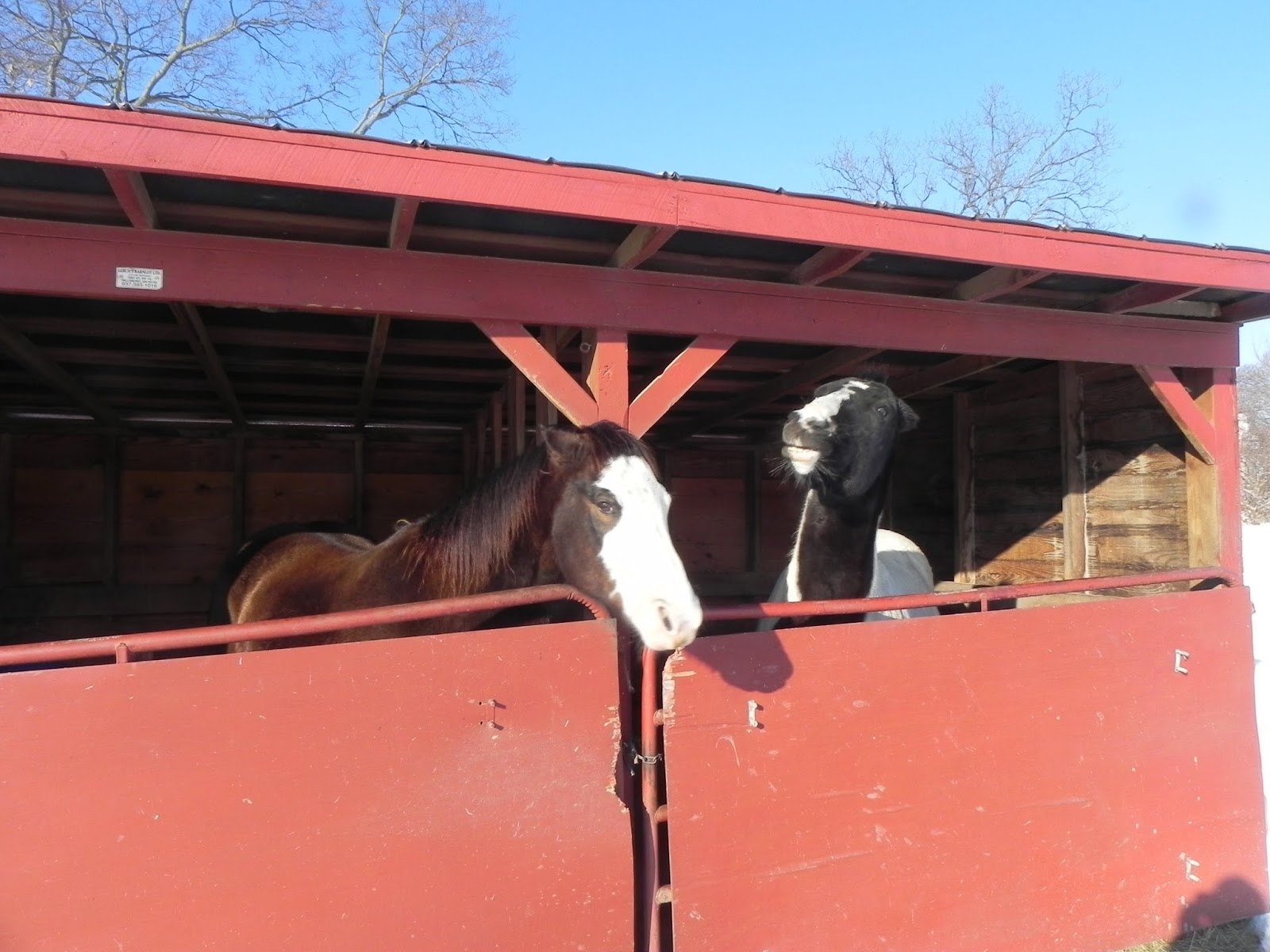 Recently someone asked if horses ever show emotion.  What do you think?
Posted by Loren at 2:40 PM